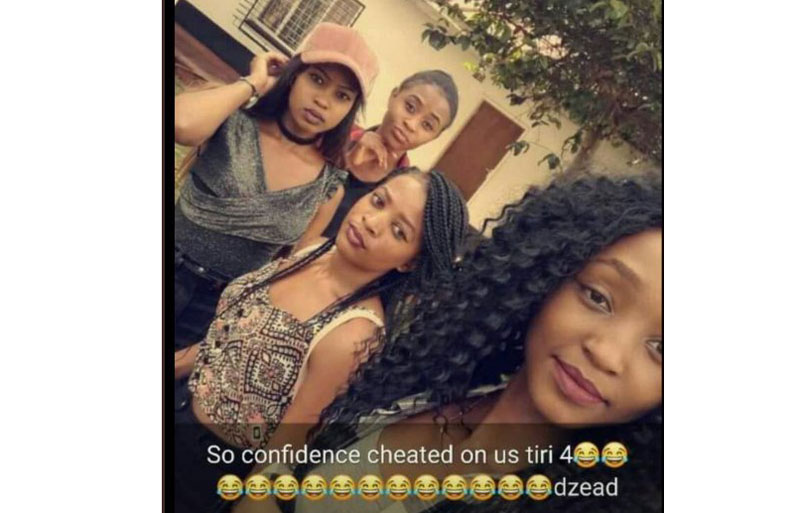 Eunice Sibanda, 22, one of the four University of Zimbabwe (UZ) students who was filmed assaulting their boyfriend for cheating on them has spoken out. Eunice spoke about her relationship with Confidence Hilary Thomas to H-Metro. Said, Eunice,

People used to tell me that Confy (Confidence) was a cheat but I never used to listen because he gave me attention; the same attention he gave me from the days we started dating so I never thought he was cheating. He was in the process of convincing me to have a baby with him so we had stopped using condoms.

After meeting in the WhatsApp group that had been created by a girl who knew we were being cheated we then planned to set him up, and confront him…He had nothing to say for his lame actions after he saw all of us there. My worst fear is getting se_xually transmitted diseases and there is nothing I can do but carry out tests. I don’t know if it’s a stunt but the girls (Melissa and Rachel) told me they were really pregnant.