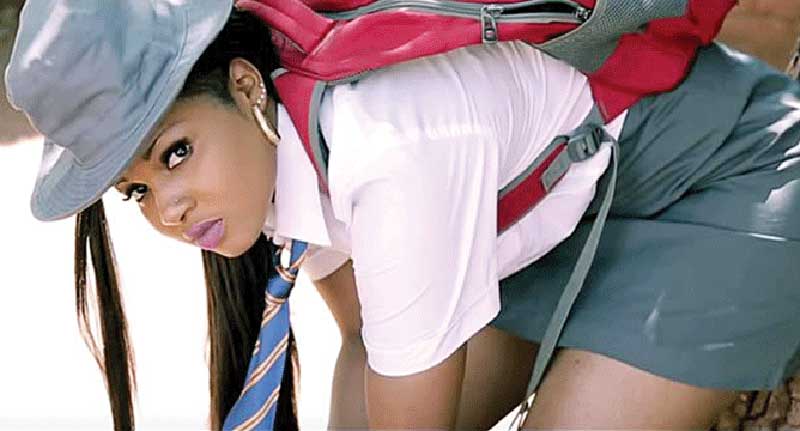 Musician and dancer Lady Storm (24), real name Lyn Magodo, is reported to have dumped her husband and moved in with her lover in South Africa. Her husband of less than two years, Tinarwo “Mukanya” Gotora also said that Lady Sorm’s lover had informed him that he was not the biological father of the couple’s daughter Chloe.

Mukanya who is reported to have dumped his first wife for the vivacious dancer told H-Metro,

It’s over between us my brother. When she left for South Africa recently, she took the child along. She told me that she was supposed to return shortly after holding live shows. However, I got the shock of my life when they called me together with the man telling me that I was not the paternal father to Chloe. I just accepted it since the mother is the best-placed person to know the truth. What really pains me most is that she has been cheating on my back when I thought I was not sharing her with another man.

I won’t ask her for refunds because it’s a closed chapter. I will leave it to God and I wish them all the best in their union. I played my part and it’s nice that I got to learn that I was not the paternal father while it was too early. It was going to be more painful if I had learnt about it when the child was grown up.

Lady Storm is a Zimbabwean dancer and musician who rose to popularity after she appeared in Jah Prayzah's video for the song "Eriza". She is known as Eriza because of the video. Read More About Lady Storm

4 comments on “Lady Storm Dumps Husband, Moves To SA With Lover, Claims Baby Is Not His”