The first Zimbabwe Airways Boeing B777, with the registration number Z-RGM  arrived in the country on Wednesday. The plane is one of four planes which were purchased from Malaysian Airlines, which decommissioned the planes following the disappearance of two successive Boeing 777s flights including the MH370 flight.

President Emmerson Mnangagwa ordered the planes to be brought into the country after they were purchased using taxpayer funds. However, the ownership of Zimbabwe Airlines is murky and Mnangagwa is reported to have ordered an investigation to look into who owns the company.

Officiating at the delivery event Minister of Finance and Economic Planning Patrick Chinamasa addressed the ownership question. Chinamasa said that the plane belongs to the Republic of Zimbabwe and categorically stated that it did not belong to the former first family. The minister also revealed that three more planes are expected to be delivered in a deal worth $70 million although the government has only managed to pay for two planes so far. Below is a sale and purchase agreement for the planes courtesy of Hopewell Chin’ono: 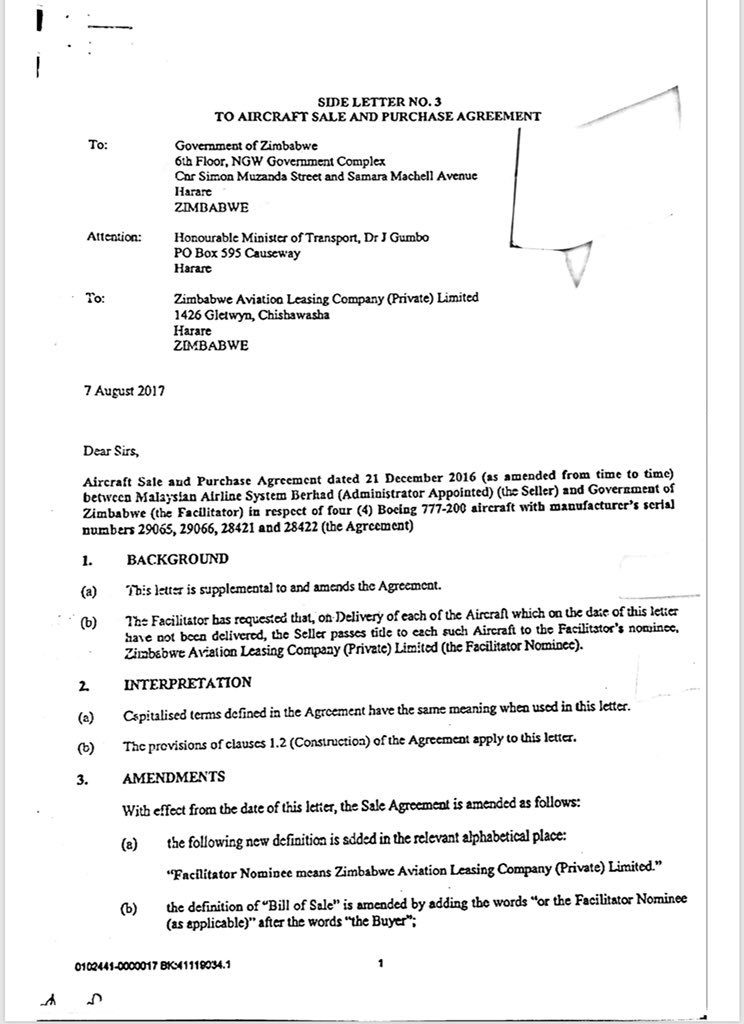 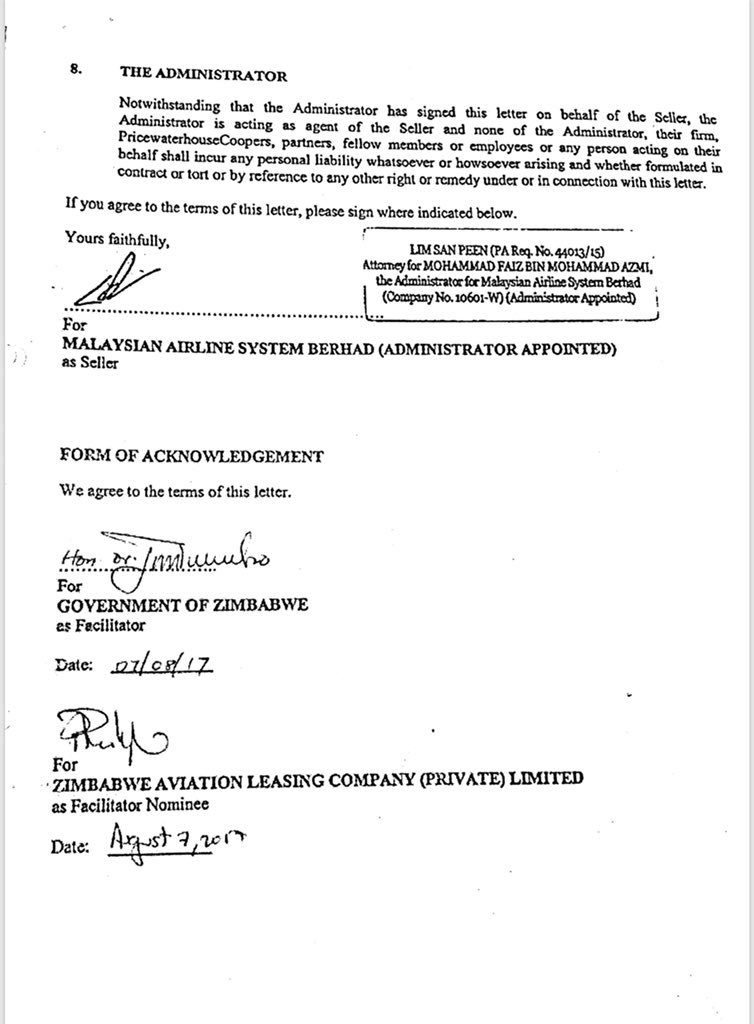