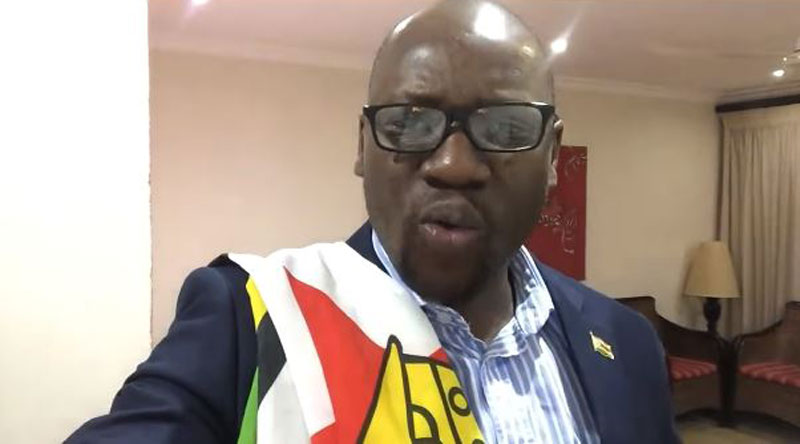 In an interview with DW, Germany’s public international broadcaster, Evan Mawarire (EM) spoke about his decision to move into mainstream politics and the future of  #ThisFlag movement.

Mawarire said he has always been in mainstream politics because he spoke out and the only difference is that he is now running for office. He said that #ThisFlag will continue as a citizen’s movement since it is not owned by one person. Below is an excerpt of Mawarire’s interview:

DW: What has informed the formation of POVO?

EM: The formation of POVO — the People’s Own Voice — has been informed by the desperate need that the city of Harare finds itself in in terms of service delivery. Up to today we have areas in Harare that have had no water for 15 years. Up to today we still deliver very dirty and very dangerous water to the residents of Harare. We have got potholes; our road network is completely dilapidated and needs to be revived again. Those are the things that my generation feels urgently need attention.

DW: Does this signal your entry into mainstream politics?

EM: The sign for me getting into mainstream politics was in 2016. I have been in mainstream politics in terms of speaking into it for the last two years. There is nothing that has changed. All I have done is to say, I am now going to become a candidate. But it’s important for Zimbabweans to be involved in the politics of our nation. Nobody should disengage. Everyone is involved in politics. If you are a registered voter, you are actually the central aspect of politics in Zimbabwe.

DW: What is the future of #ThisFlag?

EM: The #ThisFlag citizen movement continues. It is not the ownership of one person but it is found in the heart of Zimbabweans. They are many Zimbabweans who are doing what this flag was advocating for. Our job was to empower citizens to speak up and to stand up. I think we have been able to achieve that in the last two years. There are more Zimbabweans today who are having conversations about politics and the direction of politics than ever before. Our payoff line, if you remember, was: If we cannot cause the politicians to change then we must empower the citizen to be bold. Today is a result of that payoff line.