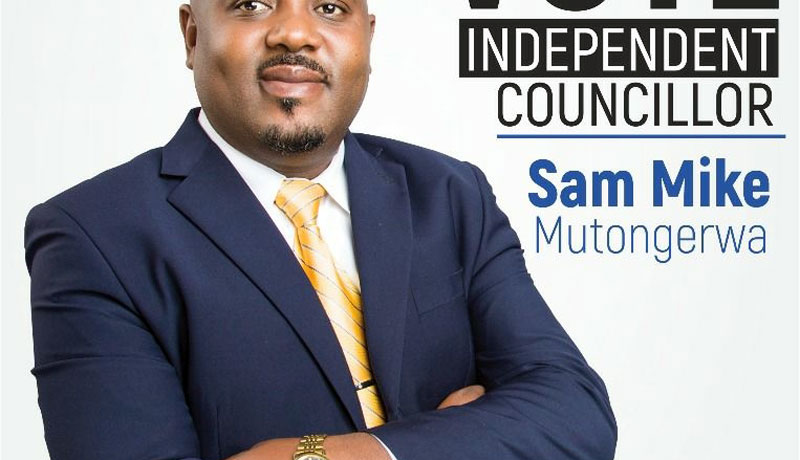 Independent candidate Sam Mike Mutongerwa who is running to be Harare Ward 9 councillor as part of the coalition called the People’s Own Voice (POVO) has spoken on his conviction for identity theft in the United States (US).

During my 12 year stay in Michigan USA in the month of July 2007 I succumbed to an immigration scam conducted by some crafty conmen.

Thereafter I was approached by the authorities of whom I fully cooperated with by admitting that I had been lured into making a false statement by these individuals.

My input led to the arrest and conviction of the culprits. I paid a fine and the case was closed in October 2008. I continued my stay in the USA until December 2011 when I moved back home out of my own will.

I have since continued to travel to the USA several times since I left. I am however more excited about serving my country by participating in the reconstruction and development of our City as one who gained a lot of knowledge in how to run cities efficiently. I believe it is possible to make Harare a great city again.