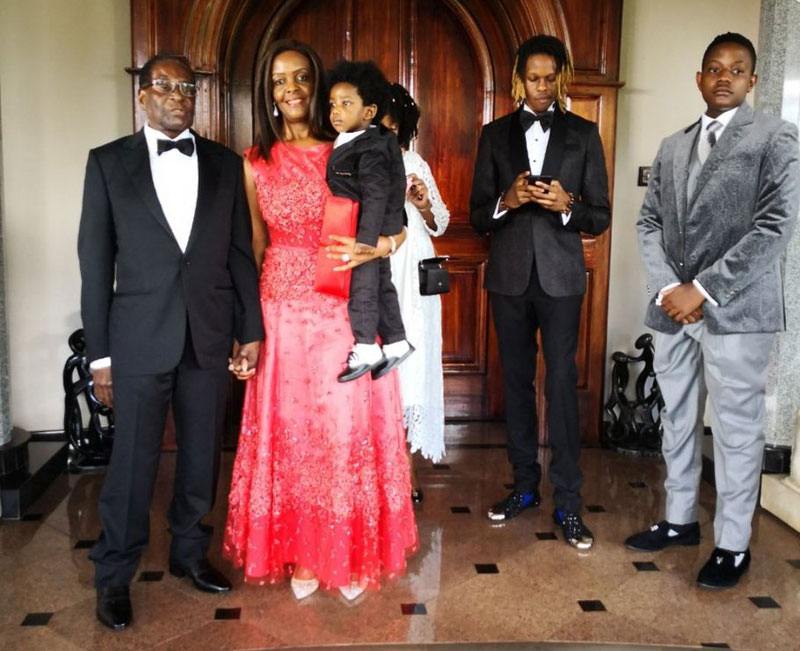 In an interview with South Africa’s Sunday Times, former First Lady Grace Mugabe exposed the hypocrisy of  her husband Robert Mugabe who in 2004 arrested former finance minister, Christopher Kuruneri, accusing him of externalising money to buy a mansion in Cape Town. Kuruneri, was arrested in April 2004 on seven counts of breaching the country’s exchange control laws. He was accused of transferring U$500 000, £37 000, €30 000 and R1.2m to South Africa to buy and renovate an eight-bedroom mansion.

The value of the South African property could not be ascertained although  Grace has in the past been reported to own a R44 million property in Johannesburg. The Mugabes declared to authorities that they had bought two properties in South Africa and Hong Kong. Said Grace:

In South Africa I bought a dilapidated house, I wanted to bring it down, demolish some parts and to renovate the house.

Grace also admitted to renting a house in Dubai for Robert Mugabe Junior when he was studying there and reportedly paid $500 000 per annum in rentals. The Hong Kong property was bought for HK$40 million in 2009 just before Bona Chikore was about to begin studies at the University of Hong Kong. The declaration of the assets by the Mugabe family follows President Emmerson Mnangagwa’s three month moratorium on those that had externalised funds to return them.

5 comments on “Mugabe Admits To Externalising Millions To Buy Mansions”