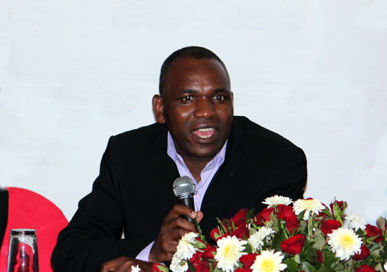 The Sunday Mail reports that a possible major split of the AFM church in Zimbabwe might happen soon.

According to the report, top officials at the church have secretly recorded each other’s conversations about goings-on in the church and leaking the recordings to the public.

The battles have seen a group of pastors who claim to represent the interests of 650 AFM ordained colleagues demand a vote of no confidence passed against Madziyire, Madawo, Nyambirai and Shumba. The pastors have communicated through lawyers:

The president (Dr Madziyire) and the general secretary (Rev Madawo) abused their offices by undermining the resolution of the AC (Apostolic Council) meeting held at Rufaro Conference Centre on 3 February 2018 where the AC resolved that AFM would go for elections with the current constitution and constitution reforms would proceed after the elections.

“The said office bearers are showing deliberate negligence of both their official and fiduciary duties by ignoring calls of more than 650 pastors and 16 overseers (including members of the presidium) and a big number of lay workers to stop divisive reforms and proceed with elections guided by the standing constitution.

“The said office bearers are not showing remorse despite their awareness that their actions are about to split the church that has been able to amicably and peacefully resolve its conflicts for over 100 years.”

The AFM Church is one of Zimbabwe’s largest churches. Other churches have emerged from it most notably, Emmanuel Makandiwa’s now fairly big United Family International Church.

10 comments on “Split Of AFM Church Looms. Pastors Demand Resignation Of Madziyire, Nyambirai And Others”