Scotland’s cricket team was stranded in Bulawayo after President Emmerson Mnangagwa used the airplane to travel back to Harare.

Scotland’s cricket team is in Zimbabwe for the International Cricket Council’s World Cup qualifier tournament. The team is scheduled to play Ireland in the next Super Sixes match at Harare Sports Club. Below is the tweet that is doing the rounds on social media: 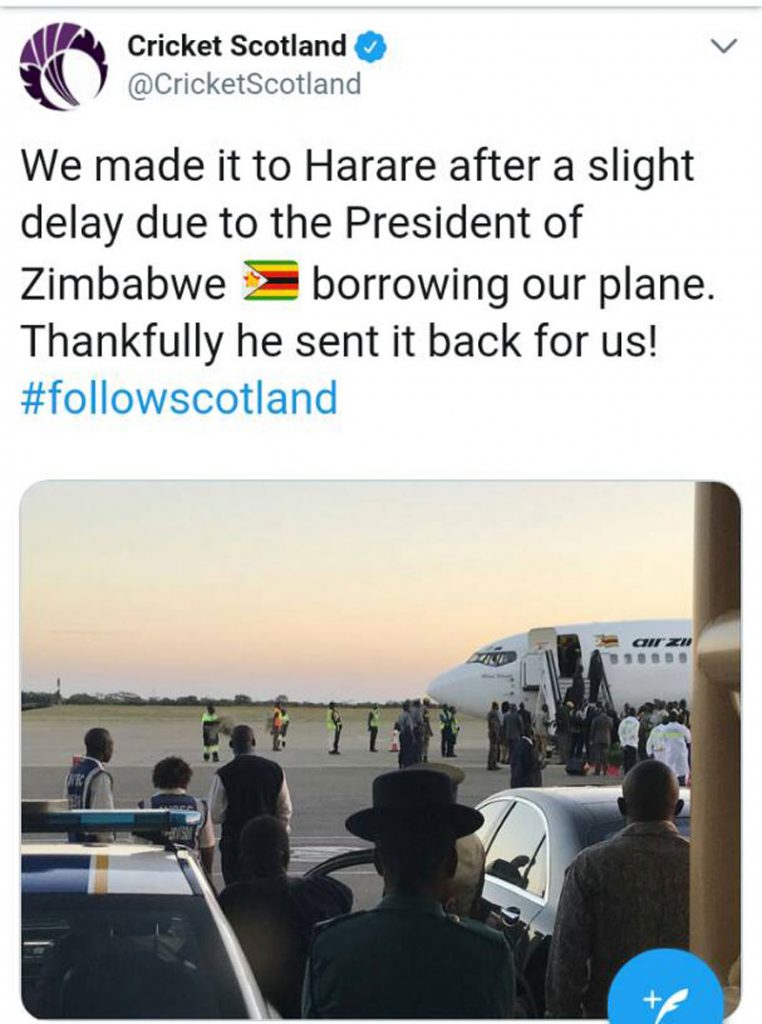