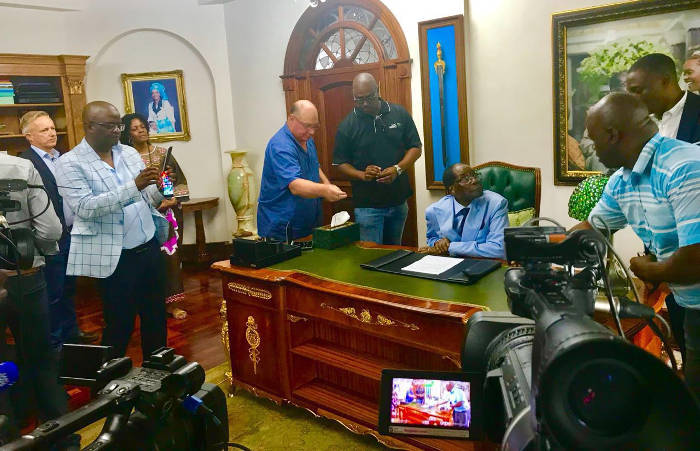 She said Mugabe told journalists that he wants a meeting with Emmerson Mnangagwa to resolve issues. He says he was removed illegally and President Mnangagwa is illegitimate. He denied links to the Ambrose Mutinhiri-led National Patriotic Front (NPF), but said he would support the party if it does the right things. He insists he will not stand as NPF candidate.

2 comments on “VIDEO: Mugabe Speaks On Military Intervention, Willing To Negotiate With Mnangagwa”

Plumbing solutions
US $20.00 Bulawayo
Car radios
US $55.00 Bulawayo
🧱 Building Material Available in and around Harare
Harare
Pest control
US $10.00 Bulawayo
7 in 1 cooker, toaster, donut maker, waffle maker and more
US $40.00 Harare
Mobile Barber
US $2.00 Bulawayo
Air Freshener with Dispenser
US $15.00 Harare
Laminator A4
US $70.00 Harare