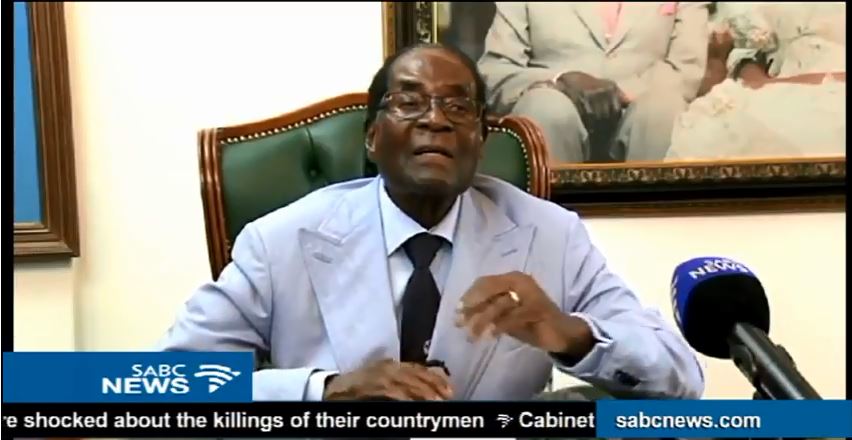 Addressing journalists at his Blue Roof residence in Borrowdale, Harare, on Thursday, Mugabe said he never expected Mnangagwa would betray him considering all he had done for him. Said Mugabe:

I always had Emmerson Mnangagwa. I brought him into Government, but I never thought he whom I had nurtured and brought into Government and whose life I had worked so hard in prison to save as he was threatened with hanging, would one day be the man that would turn against me. But there it was, there it is. It happened in the 15th of November. He was assisted by the army. I said it was a coup d’e tat. Some people had refused to call it a coup d’e tat. He could never have assumed the presidency of the country without the assistance of the army.