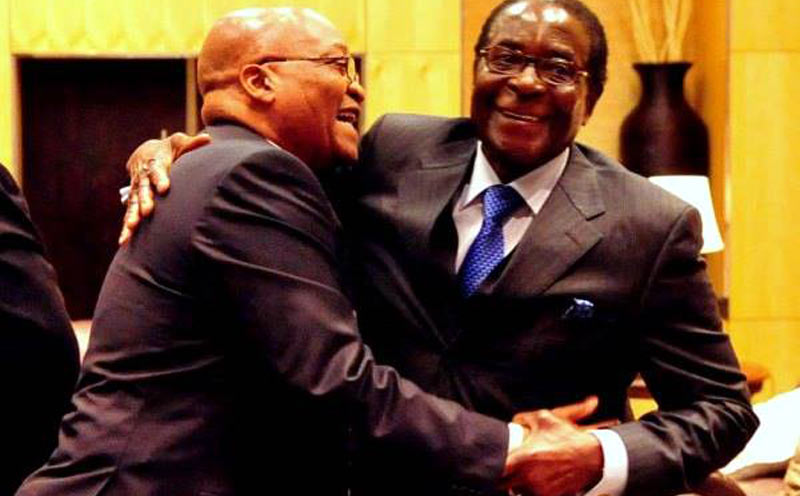 Analysts have urged former President Robert Mugabe not to endorse the National Patriotic Front (NPF) which is meant to challenge Zanu-PF in the forthcoming polls.

The analysts which were interviewed by The Herald, said Mugabe should emulate former South African President Jacob Zuma who over the weekend volunteered to campaign for the ANC ahead of the 2019 general elections despite being forced to resign. Mr Alexander Rusero said unlike Zuma, Mugabe is selfish. Said Rusero:

We are dealing with two protagonists here with one being a former statesman who is grateful of his contribution as a person and civil servant occupying the highest office in South Africa. Then we are also dealing with another protagonist who has a dangerous feeling of entitlement who thought that Zimbabwe belongs to him and him only, someone who could not imagine there will come a certain time he could no longer be on the reign. Zuma’s statement represents politics of continuity while what Mugabe is doing is a dangerous gimmick and dangerous politics of entitlement of saying things cannot continue as long as I am not involved.

Another political analyst,Mr Goodwine Mureriwa said Zuma’s decision should be a wake up call for Mugabe to accept the new leadership. Said Mureriwa:

Zuma has been ousted and he understands the circumstances that resulted in his ouster while here we have an adamant and selfish former president who believes Zanu-PF and Zimbabwe revolves around himself and his clan. What Zuma has done is a wakeup call to Mugabe that if he has always been standing for the wishes of the people and the people have spoken that they want a new leadership, he should support the will of the people and lead by example.