Former Zanu-PF national commissar Saviour Kasukuwere has responded to a picture on social media which alleges that he is part of the Ambrose Mutinhiri led New Patriotic Front (NPF) which was endorsed by former President Robert Mugabe.

Kasukuwere has labelled as fake a picture that is doing the rounds on social media which suggests that he is NPF Chairman. Earlier today, NPF spokesperson Jealousy Mawarire had also labelled the picture as fake. Below is a tweet from Kasukuwere’s Twitter account: 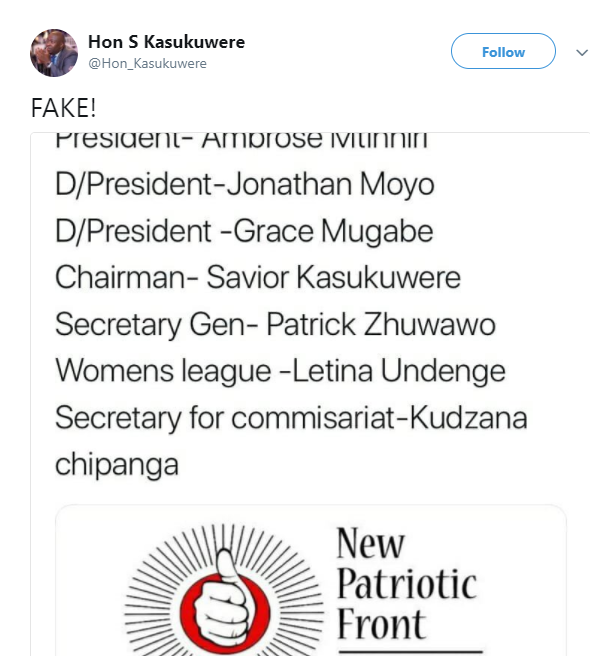