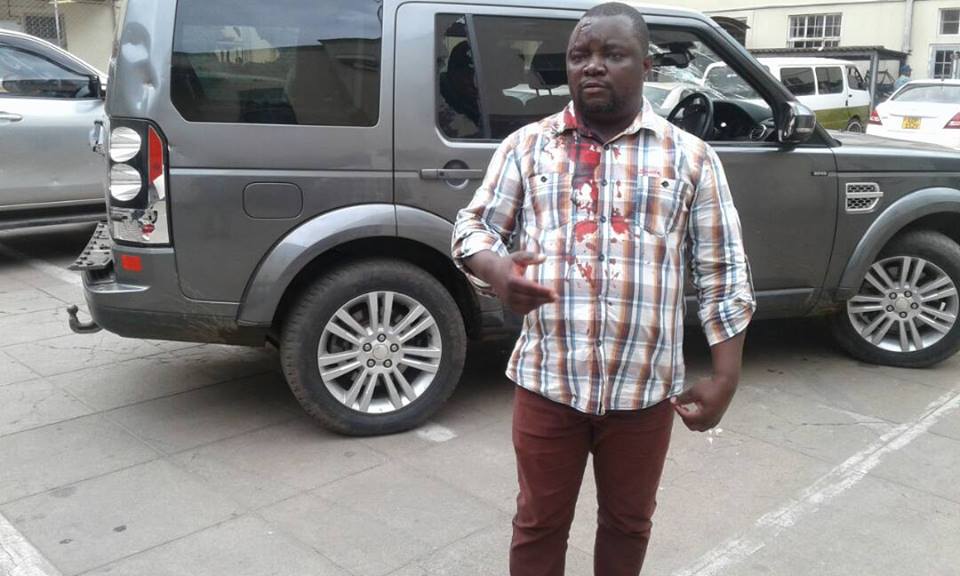 Bulawayo Deputy Mayor and MDC-T chairman Gift Banda were arrested along with 10 other people for violence which took place on Sunday when different factions fought for control of the MDC-T Provincial Offices. The arrested people are being charged with public violence after they allegedly disturbed a meeting which was being held by MDC-T vice president Thokozani Khupe by throwing rocks which injured fellow party members and caused damage to property. Banda denied the allegations saying that he was not present when the incident took place.

The latest violence in the MDC-T is deplorable and will not be tolerated no matter the reasons. We are really disturbed that people are even attacking innocent people, destroying property and behaving in a manner that disturbs peace. They will deal with the perpetrators in accordance with the laws of this country.

The MDC-T also dispatched a team to Bulawayo to look into the matter and said:

The national council resolved that stern action be taken against the instigators of the disturbing incidences of violence if they are found to be party members.

The party is concerned with the trend that started with the incident in Buhera and now the similar incident in Bulawayo. Of particular concern to the party is the convening of unsanctioned meetings by senior leaders in Bulawayo, the dereliction of duty by some senior officials as well as the possibility of an external hand in the disturbances.