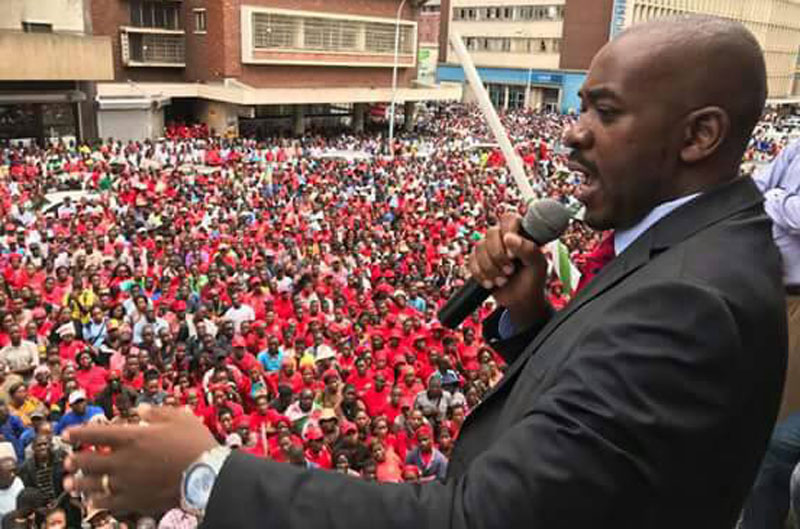 After six hour meetings of the national executive and the national council, the party’s supreme decision-making organ between Congresses, the following resolutions were passed unanimously:

1.That in line with Article 18 as read together with Article 9.21.1 of the party Constitution, the party through the National Council, has resolved that Hon. Advocate Nelson Chamisa is confirmed as the party’s substantive leader and the party’s presidential candidate for 2018.

2.That the party has given 7days for engagement processes to take place with senior leaders VP Khupe, national chairperson Lovemore Moyo and organizing secretary Hon. Abednigo Bhebhe after which the party has mandated the leadership to take the necessary action by operation of law.

3.That the party fully endorses the MDC Alliance, taking cognizance of the input from the party’s provincial leaderships. In the same vein, council resolved that all party candidates in the 2018 election will participate under the MDC Alliance banner and that the party shall take all necessary steps to ensure that the name MDC-T is not abused.

4.That the party be fully geared, prepared and ready for resoundingly winning the 2018 elections. In that regard, the party has mandated all structures to complete a popularity and merit based internal candidate selection process by 15 April 2018.

5.That Harvest House be renamed Morgan Richard Tsvangirai House in honour of our iconic leader for his service in entrenching democracy in the country.

7.That all leaders stop communicating party positions, without permission and as per the Constitution for purposes of message discipline and consistency.

8.That the National Council notes with serious concern the violence that took place against senior officials in Buhera and applauded the immediate action taken by president Adv. Hon. Nelson Chamisa to order an investigation into what happened with the aim of ensuring that stern action is taken against the culprits. The party has emphasized its zero tolerance for violence and appreciated the swift action by the President to deal with the Buhera incident and ensure that no stone is left unturned in the investigation of what exactly happened.