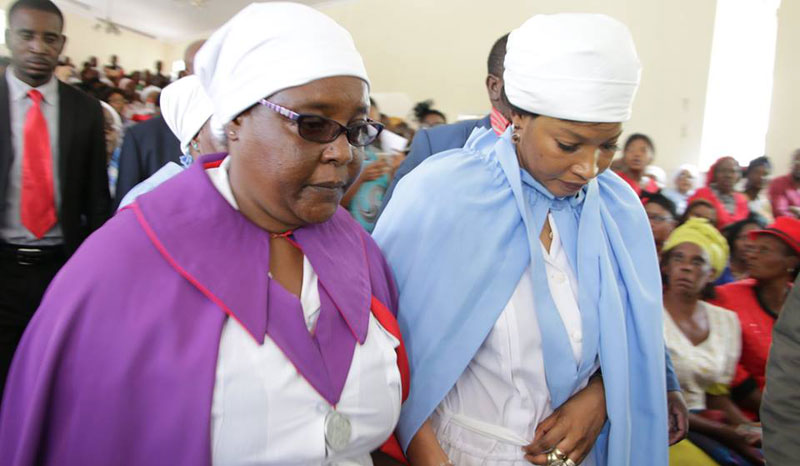 Morgan Tsvangirai’s widow Elizabeth Macheka held a private church service at the former Prime Minister’s Highlands mansion on Sunday in the absence of her in-laws and other family members. According to sources that spoke to NewsDay, Macheka’s private church service was largely attended by her Zanu PF friends.

When contacted for comment Elizabeth confirmed holding the service but was surprised by the enquiry saying that it was a private function. Tsvangirai’s younger brother, Manase confirmed to NewsDay that they were not invited and said:

I am hearing it from you. We were not invited and, therefore, we did not attend. I was not even aware that there was a church service. We don’t know what the service was all about. If it was about our brother, we should have been invited.

Sources who attended the service said:

The church service was private. Only Eliza’s close friends, particularly from Zanu PF, and friends from her Roman Catholic Church attended. The place was guarded by soldiers and police officers.