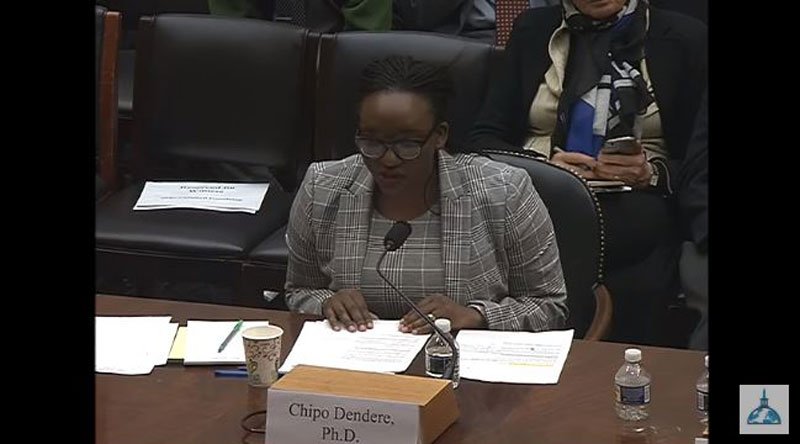 …I have recommended that the United States provide clarity on the types of business to business engagements acceptable within the confines of ZIDERA. I would also recommend that the United States support efforts by Zimbabweans asking for debt relief from international funding agencies including the World Bank and IMF. Such efforts will bring much-needed relief to millions of Zimbabweans, especially farmers, who could increase food production if they have access to credit.

….recommend that the United States reconsider sanctions on state-owned businesses. I recognize that the United States has long been concerned with the link between ZANU PF and state enterprises. Indeed, much of the corruption I discussed earlier has occurred in state-owned businesses. However, it is my expert opinion that in the post-Mugabe era parliament has been bolstered in their independence and are better-equipped hold government officials account. I would like to draw attention to those parastatals engaged in agriculture and mining industries. Most smallholder farmers depend heavily on funding from the state-funded agriculture bank which in turn depends on support from big financial institutions.

…Regarding individual sanctions; the onus is on those listed to prove their commitment to democracy. Many on the list have allegedly committed horrible crimes against humanity. It would be a greater injustice to uplift these sanctions before a thorough investigation has been conducted. Zimbabwe
cannot have economic growth divorced from addressing human rights abuses. Robert Mugabe’s exit from politics is not enough to absolve individual crimes.