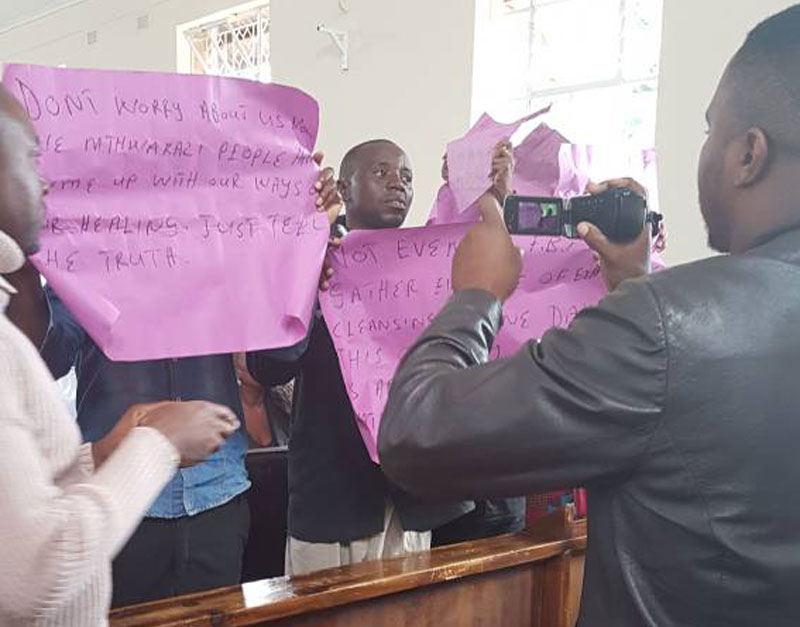 The National Peace and Reconciliation Commission (NPRC) was forced to cancel its meetings in Bulawayo on Tuesday after demonstrations. The NPRC is the body tasked with looking into the Gukurahundi Massacres, among other issues. The protests were led by Mthwakazi Republic Party (MPR) who were against the composition of the NPRC. The MPR alleged that the majority of the commissioners are Shona and called for more Ndebele speakers.

Their committee has seven, people, and out of those seven there is only one Ndebele and for that we say this government is not serious because it is the same government that killed our people and their Gukurahundi is still an ongoing thing, as seen by what they are doing bringing people from Harare to talk to us about this issue. The government has no respect for us at all.

We want to deal with this Gukurahundi issue on our own. We do not want anything from the government because [President Emmerson] Mnangagwa refused to acknowledge his mistakes and hid the element of truth that has to be incorporated about Gukurahundi when he was at Davos (Switzerland). This shows that he is not sincere about redressing this topic.