The University of Zimbabwe (UZ) has released former first lady Grace Mugabe’s PhD thesis. Grace was awarded a Doctor of Philosophy (PhD) degree by the UZ’s Faculty of Social Studies Department of Sociology in 2014. However, the degree attracted intense criticism and speculation after claims that Grace did not defend her thesis, let alone write one and that she did not take the required period of time to complete it. After the fall of Grace’s husband, former president Robert Mugabe in November, lecturers from the Department of Sociology at the University of Zimbabwe (UZ) filed a petition with the Zimbabwe Anti-Corruption Commission (Zacc)  disowning the degree and alleging corruption. However, ZACC said that it would not investigate the issue despite acknowledging that it had received the complaint.

For the thesis, Grace used the name “Ntombizodwa G. Marufu.” The title of the thesis is “The changing social structure and functions of the family: The case of children’s homes in Zimbabwe.”

Interestingly, on Page 11 of her thesis, Grace uses an outdated map of Zimbabwe which only has 8 provinces. The map does not have Harare Metropolitan and Bulawayo Metropolitan Provinces. The Map also uses the colonial name for Marondera, Marendallas. 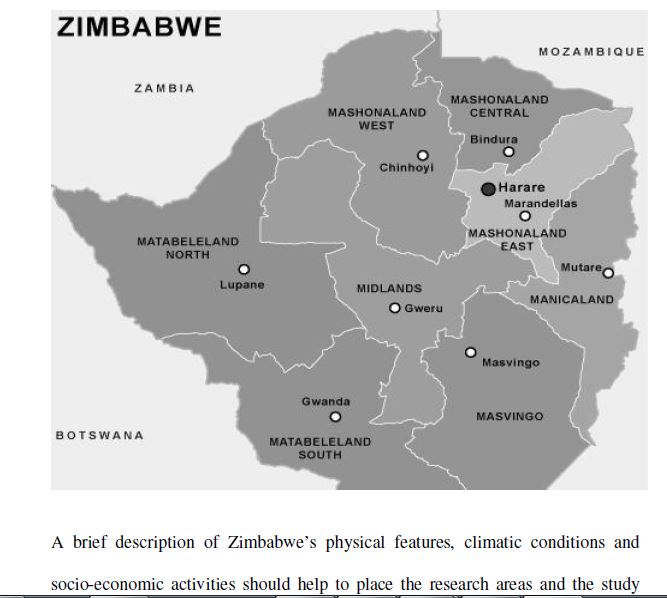 You can Download the full Thesis on the two links below: