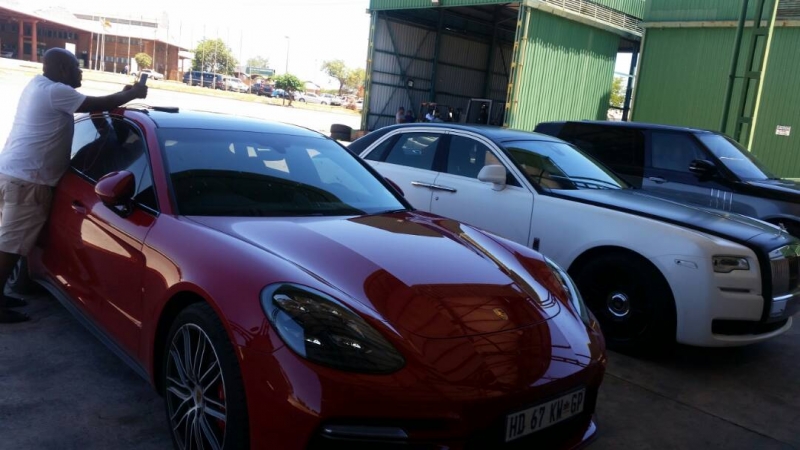 Botswana Police have confirmed that they released three luxury cars belonging to the Mugabe family which they had briefly detained after the vehicles were involved in an accident as they were driven out of Zimbabwe.

The Rolls Royce Ghost, a red Porsche and a Range Rover were damaged when the convoy – led by former first lady Grace Mugabe’s son, Russell Goreraza, slowed down to avoid cattle crossing the road. The vehicles were hit by a Toyota Corolla near the village of Artesia at around 10 PM last Friday. Speaking to AFP, Superintendent Wazha Zambezi said the vehicles were impounded as part of procedure. Said Superintendent Zambezi:

We kept the vehicles for few hours at the police station and they were released to the owners on Saturday morning. We always keep the vehicles involved in accidents and those three cars were not an exception.

The state owned Chronicle reports that the cars were stopped at Plumtree border post for several hours and searched after immigration officials suspected they were being used to smuggle cash and other valuables out of Zimbabwe. They were released after several hours of searches and when Goreraza produced documents proving that Grace had granted him permission to drive her Rolls Royce to Botswana and South Africa. The paper reported that Goreraza said he was driving to South Africa to have the cars serviced.