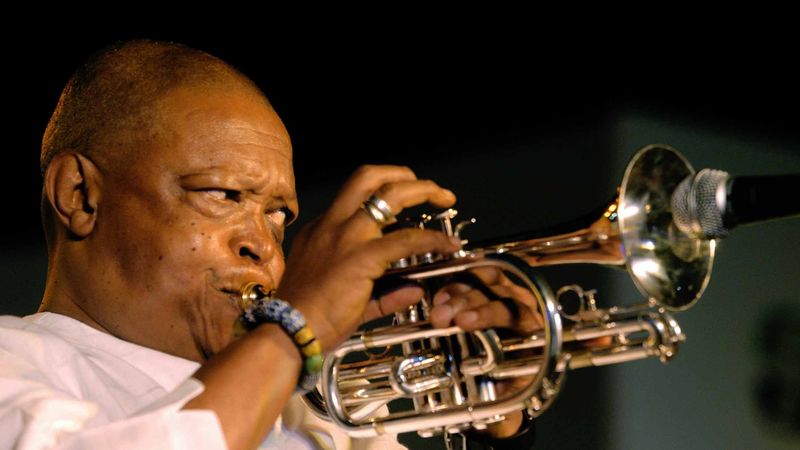 1. He is Zimbabwean by origin. In an interview with Comfort Mbofana, Masekela said his original surname is Munyepawu and he was a Karanga by origin. Here is an excerpt of Masekela’s story:

I was born in Witbank, but my grandfather came from Great Zimbabwe. Our real surname is Munyepawu, we are Karangas. We were adopted by the Batogwas . . . My great grandfather was a Lutheran evangelist so he came with some German missionaries . . . The Munyepawu were chief agriculturalists at the time and we had to look for fertile land (which) is masikela and that is how we became Masekela.

3. He has over 50 albums and 3 Grammy award nominations including a nomination for Best World Music Album for his 2012 album Jabulani, one for Best Musical Cast Show Album for Sarafina! The Music Of Liberation (1989) and one for Best Contemporary Pop Performance for “Grazing in the Grass” (1968).

4. Masekela sang a song titled “Change” where he urged Africa’s perennial presidents to leave office and stop imposing their will upon the people. The lyrics include Zimbabwe’s former leader Robert Mugabe. Below are some of the lyrics:

Listen to the song below:
5. He is featured on two songs off Ammara Brown’s debut album “Ammartia”. The two songs are “Tawina” and “Next Life Time”.