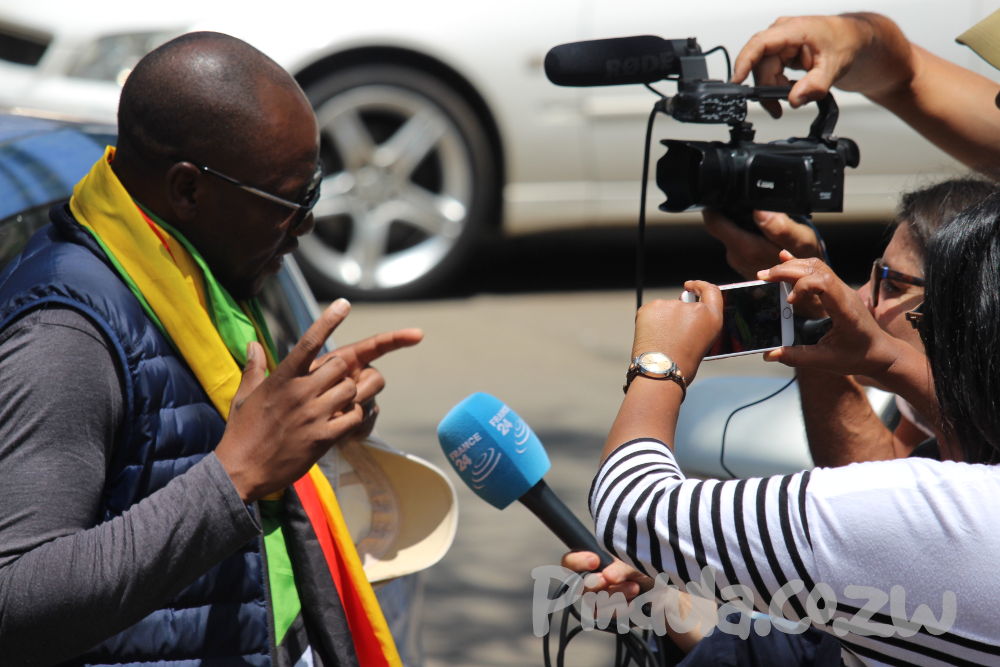 ThisFlag Movement coordinator, Evan Mawarire told NewZimbabwe.com that it is still too early for protest groups to start protest against President Emmerson Mnangagwa.

I think it’s important for us to note that there have to be a moment with which we distil what has happened before we react. It’s important for now to just respond and not necessarily react. There is still need for analysis really on which direction are these people (government) taking. I think these are all moments which are helping us to locate ourselves in this new dispensation; how do we posture ourselves in relation to this new government, what is our messaging, what are our key concerns so far in these first 50 or 100 days as we go.

Linda Masarira concurred with Mawarire and told NewZimbabwe.com that Mnangagwa must be given a long rope to hang himself in his first 100 days in office although she said that there will be any meaningful reforms from Mugabe’s right hand man. Said Masarira:

I think it’s still premature for protest movements to go into the streets and protest because the president has only been there for less than a month now and we have to give him a long rope to hang himself. We also have to consider that he has an obligation to try and reform Zanu PF and the system per se and reform does not happen overnight.  I am skeptical as an activist that there would be any meaningful reform because he has been Mugabe’s right hand man since 1980 and has been part of the system that has been running down the economy.

However, Pride Mkono who is programmes officer with the vocal Amalgamated Rural Teachers Union of Zimbabwe said that they were going to demonstrate as and when the issues arise.