On Friday last week President Emmerson Mnangagwa was expected to name his Vice Presidents during the Zanu-PF Extraordinary Congress but he deferred the announcement and made changes to the party’s politburo instead. NewsDay said that Mnangagwa said he had delayed the appointment of VPs his deputies because there were some institutions involved.

Here is a list of people President Mnangagwa will probably consider as his Vice Presidents. It is important to note that Mnangagwa is required by Zanu-PF’s constitution to pick a deputy from Zapu. 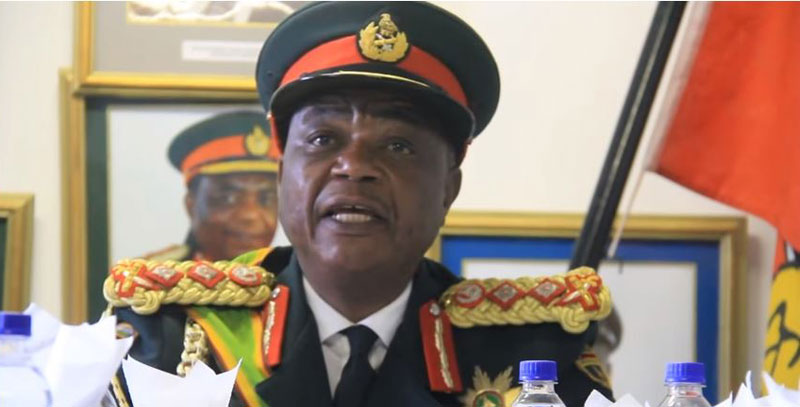 He is the man behind Operation Restore Legacy which resulted in the resignation of Robert Mugabe as the President of Zimbabwe. He is a firm favorite to become one of Mnangagwa’s Vice Presidents and this is not far fetched considering that the President has already appointed two military men as Ministers.

The appointment of Perrance Shiri and Sibusiso Moyo as Ministers of Agriculture and Foreign Affairs respectively, has been argued by David Coltart to be nothing more than Mnangagwa rewarding those that helped him ascend to power.

There is also news that Chiwenga will be holding a press conference tomorrow and some are arguing that he will use the platform to announce his resignation from the Zimbabwe Defence Forces (ZDF) so that he can be eligible for selection. University of Zimbabwe political Science lecturer, Eldred Masunungure, told the Daily News on Sunday that during the just ended Zanu-PF Extraordinary Congress, Chiwenga “appeared to be dressed in vice presidential attire. He did not pose as a military figure and it looks like he realises that time is ripe for him to land the top post and that he is within striking distance,”

An image which was supposedly of her acceptance speech circulated on WhatsApp and while the authenticity of the picture has not been validated, Muchinguri-Kashiri remains a contender for the Vice Presidency. Zanu-PF Women’s League has been calling for the appointment of a female as part of the presidium and Mnangagwa may choose to kill two birds with one stone by appointing Muchinguri-Kashiri as his Vice President thereby dealing with the issue.

Khaya Moyo was expected to become the next Vice President from Zapu following John Nkomo’s death but it was not to be as then President, Robert Mugabe appointed a relatively unknown Phelekezela Mphoko. However, the Dumiso Dabengwa-led Zapu has thrown its weight behind Khaya Moyo whom the say should land the post of Vice-President in line with provisions of the 1987 Unity Accord.

Lumumba has made a name for himself after “predicting” that Robert Mugabe would not be president of Zimbabwe in 48 hours before the Zimbabwe Defence Forces launched the military takeover.

If Mohadi is indeed appointed as VP it could be interpreted as the passing of a prophecy made by Malawian self-claimed prophet Shepherd Bushiri.  Bushiri “prophesied” that he saw Mohadi receiving a golden crown. The golden crown was interpreted as being a promotion at work. You can watch the video of the prophecy below:

Dube is known to have stood by Mnangagwa’s faction even risking losing his job as he backed the Christopher Mutsvangwa-led war veterans against G40.

Mnangagwa may consider appointing Mutinhiri because of his Zapu roots. According to Tshinga Dube; Mutinhiri is the most senior from Zapu.

Other People Mnangagwa will likely consider