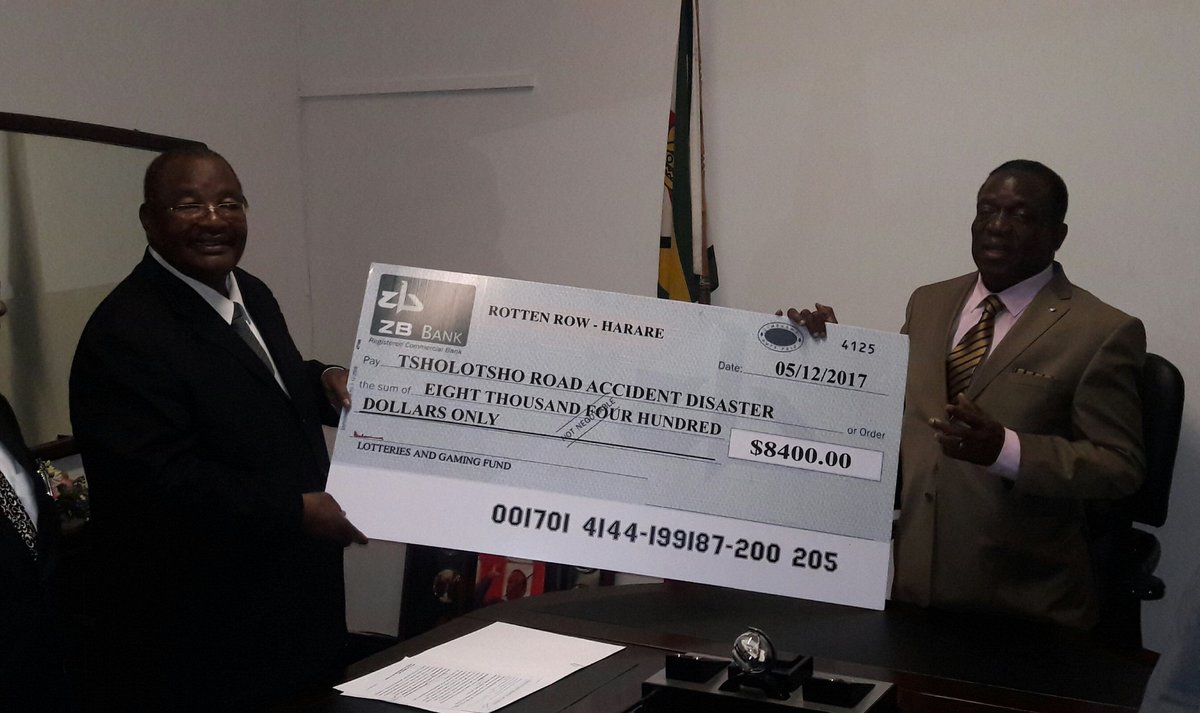 President Emmerson Mnangagwa has availed an additional $58 400 to the families of the victims of the Tsholotsho road accident disaster. This comes after 21 health workers died, while 48 others were injured, when a Matabeleland North Provincial Malaria Control Vehicle they were travelling in failed to negotiate a curve and overturned before landing on its roof. 15 people died on the spot, while six others died on admission at Tsholotsho District Hospital. The $58 400 came from two separate organisations, with one donating $50 000 and another donating $8 400. The government had assisted the families of the bereaved with $21 000 to assist in the burial of their loved ones.

3 comments on “Mnangagwa Avails $58 400 To Families Of Tsholotsho Accident, Says Govt Must Not Use Lorries To Transport Employees”