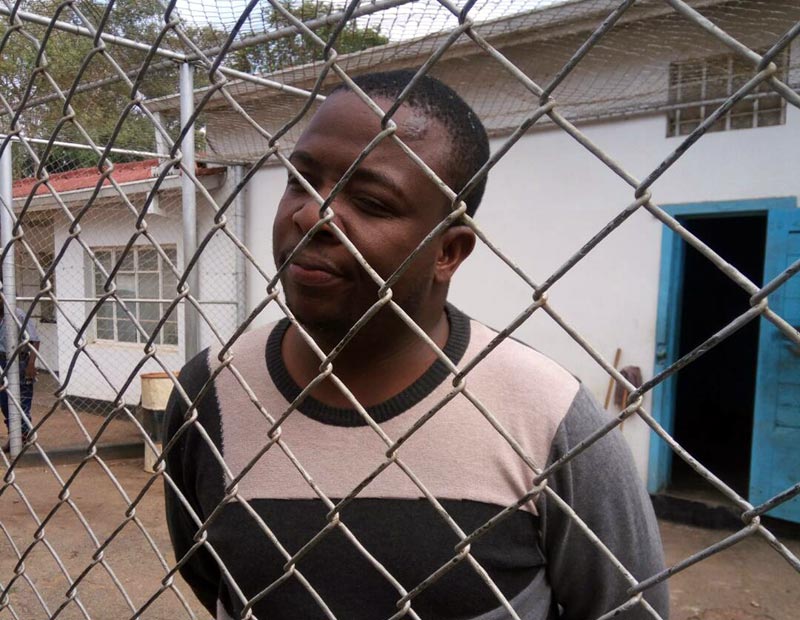 Former Zanu-PF Youth League Secretary, Kudzanai Chipanga was denied bail by Harare Magistrate Josephine Sande on Monday. Magistrate Sande remanded Chipanga to 8 December for routine remand after denying him bail for his own safety. She noted that his security was at risk. The state had earlier on argued that Chipanga’s safety would be in jeopardy if he was released as there were a lot of people who were angry with him who could be tempted to mete out mob justice. Magistrate Sande, however, disputed the state’s claim that Chipanga had actively been evading arrest for the past eight days.

Chipanga is facing charges of publishing or communicating false statements prejudicial to the State or alternatively causing disaffection among the police force or defence forces. The charges arise from a statement which Chipanga read out on 14 November 2017 in which he allegedly denigrated the Zimbabwe Defence Forces and its Commander General Constantino Chiwenga.

Chipanga was represented by Professor Lovemore Madhuku and he will now join fellow former Zanu-PF Youth League leader Innocent Hamandishe in Remand Prison. Hamandishe is facing six counts of kidnapping and a charge of publishing a false statement. He will be back in court on December 8, 2017.