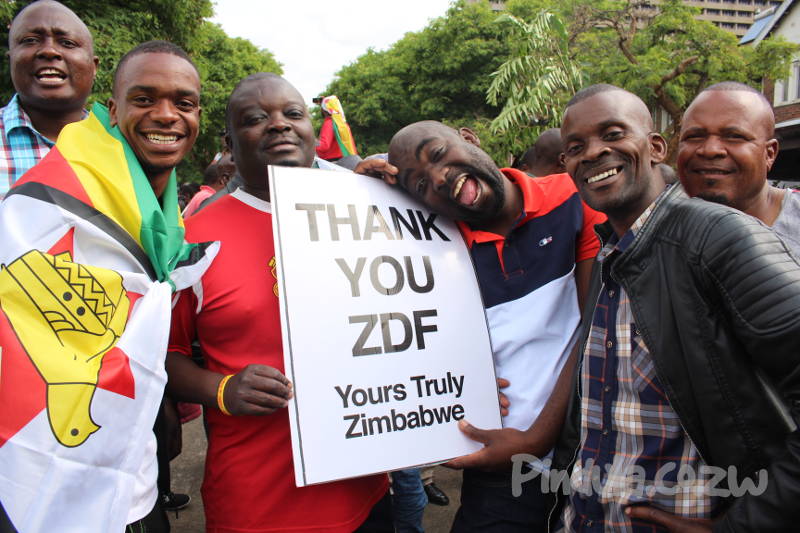 Enock C. Mudzamiri argues that the Zimbabwe Defence Forces (ZDF), contrary to popular belief intervened not to usher in democracy or liberation for the ordinary Zimbabwean but to protect their own selfish interests.

The article states that the military intervened because:

Part of the article reads:

First, contrary to popular sentiment that the coup was meant to usher in a new era of political liberalisation and democracy, the takeover is actually meant to deal with a succession crisis in Zanu-PF. The military made this clear when it said that it was dealing with criminals around Mugabe. And the party’s secretary for legal affairs Patrick Chinamasa indicated that removing Mugabe from the party’s Central Committee was an internal party matter.

Secondly, I would argue that the military resorted to a “smart coup” only after its preferred candidate to succeed Mugabe, Emmerson Mnangagwa, was fired from the party and government.

The way in which the military has gone about executing its plan upends any conventional understanding of what constitutes a coup d’etat. It’s a “smart coup” in the sense that the military combined the frustrations of a restive population, internal party structures and international sympathy to remove a sitting president. It thereby gained legitimacy for an otherwise partisan and unconstitutional political act – toppling an elected government.

This begs the question: Is the military now intervening for the collective good or for its own interests?