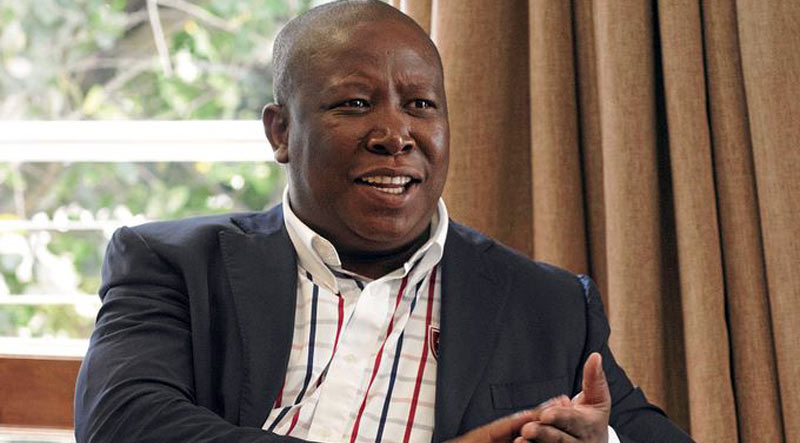 Read the full press statement below:

EFF WELCOMES AND CELEBRATES PRESIDENT MUGABE’S RESIGNATION
Tuesday, November 21, 2017|Mbuyiseni Quintin Ndlozi
The EFF welcomes and celebrates President Mugabe’s resignation as President of Zimbabwe. In essence, President Mugabe has accepted the democratic outcome of the ZANU-PF’s Central Committee meeting which overwhelmingly voted for his recall. We commend him for respecting this decision despite the fact that the Zimbabwe Defense Force had imposed and forced a transitional condition on his government.

We call on the people of the world to accept the settlement reached by Mugabe and ZANU-PF which includes full immunity for him and his family. This is a perfect outcome for peace and stability in Zimbabwe which will allow Zimbabweans to define a post-Mugabe era.

We call on Zimbabweans never to undo the land program or return the land to the white settler communities. This is one legacy of President Mugabe that must be advanced and protected at all costs. We say this because we know that some celebrate the resignation of President Mugabe with the hope that this important revolutionary gain will be undermined. It is the obligation of all pan-Africanist to protect all the gains of decolonization in Zimbabwe.

For whatever its weaknesses, the land reform in Zimbabwe must always be taken in light of the betrayals of the British to comply with the Lancaster Agreements. Land must now be put to use to benefit the Zimbabwean people and economy and restore it as the bread-basket of the African continent.

The EFF is proud of Zimbabwe because as a people, in their own way, managed to redefine a new chapter for themselves. The path they took did not have a pre-script in any political history in the world. No military in human history has managed to ensure the facilitation of the removal of a President without any spill of blood, whilst respecting all democratic processes and institutions.

Many political science students still need to make sense of the genus of the Zimbabwean transition. Above all, it tells a story of true self-determination when a people come together and chart an unprescribed path for themselves which will go on to be emulated by many generations of other countries to come.

ISSUED BY THE ECONOMIC FREEDOM FIGHTERS

One Comment on ““No military in history has managed to remove a President without any spill of blood”: EFF celebrates Mugabe’s resignation”