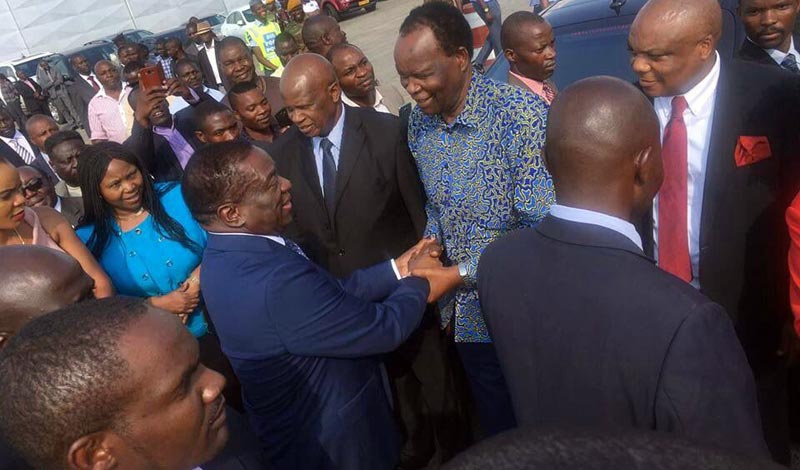 Former Vice President Emmerson Mnangagwa has arrived in the country and is expected to later address the Zanu PF politburo and party supporters who have been waiting for him since 1PM. Mnangagwa landed at Manyame airbase where he met army generals for debriefing.

Mnangagwa is set to replace Robert Mugabe who resigned as President on Tuesday after the military led Operation Restore Legacy. Mnangagwa had been out of the country on self imposed exile after he fled the country following alleged threats to his life when he was fired from both Zanu-PF and Government almost a fortnight ago.

Speaking at a press conference on Wednesday, where he was advising the media of how the transition will work, Mudenda said that he had received a letter from the ruling Zanu-PF party nominating Mnangagwa to fill the vacancy in the Office of The President of Zimbabwe.