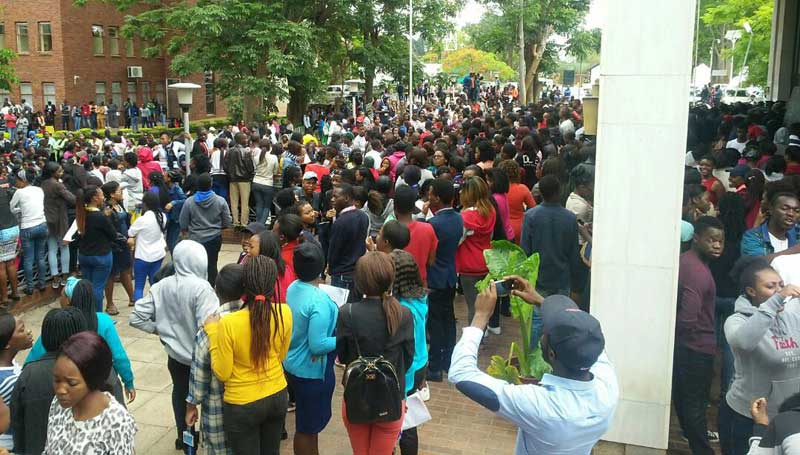 The University of Zimbabwe (UZ) has reversed the decision to closeearly and defer exams to next year in January following Zimbabwe Defence Forces (ZDF)’s Commander Constantino Chiwenga’s comments on protests that were carried out by students on Monday.

Students said that they would not write exams until President Robert Mugabe and UZ Vice Chancellor Levi Nyagura step down. However, without mentioning the name of the institution, Chiwenga said that students across the country are encouraged to be calm and to proceed with their educational programmes as scheduled. In the statement, UZ encourages students to observe Chiwenga’s directive and announces that exams have been rescheduled to Thursday 23 November. The statement released by UZ Registrar Dr N.A Mutongoreni reads:

Consequent to the Statement by the Commander of the Zimbabwe Defence Forces yesterday, Monday 20 November 2017 during the 8pm prime news time, all students are being advised that examinations have been rescheduled to commence on Thursday, 23 November 2017 at 9am at the current planned venues.

We are urging all students to observe the directive by the Commander of the Zimbabwe Defence Forces to be calm and to proceed with their educational programmes as scheduled. Students in residence should continue their stay on campus.