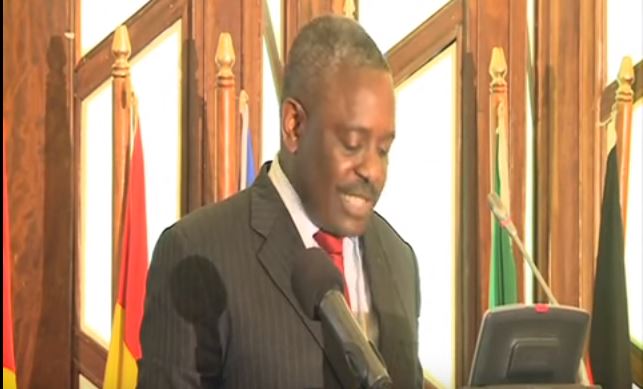 Zimbabwe National Liberation War Veterans Association (ZNLWVA) spokesperson Douglas Mahiya has said that former Central Intelligence Organisation (CIO) director general and Justice Minister Happyton Bonyongwe is bribing legislators in a bid to stop President Robert Mugabe’s impeachment process which is expected to start today. He said this while addressing Zimbabweans that are gathered at Africa Unity Square ahead of the impeachment proceedings.

Mahiya also claims that Esau Mupfumi is also trying to bribe members of Parliament in a bid to stop President Mugabe’s impeachment. Zanu-PF is expected to move a motion to impeach President Mugabe today. This comes after Zanu-PF’s Central Committee resolved to go ahead with the resolution to impeach Mugabe after he did not resign during his address on Sunday.