On Sunday the Zanu-PF Central Committee passed a resolution to recall President Robert Mugabe as the party leader and First Secretary of Zanu-PF. However, Mugabe was not fired from the party.

On Monday, Zanu-PF secretary for Information, Simon Khaya Moyo announced that Mugabe had been formally notified of his dismissal. Here is the letter from Moyo: 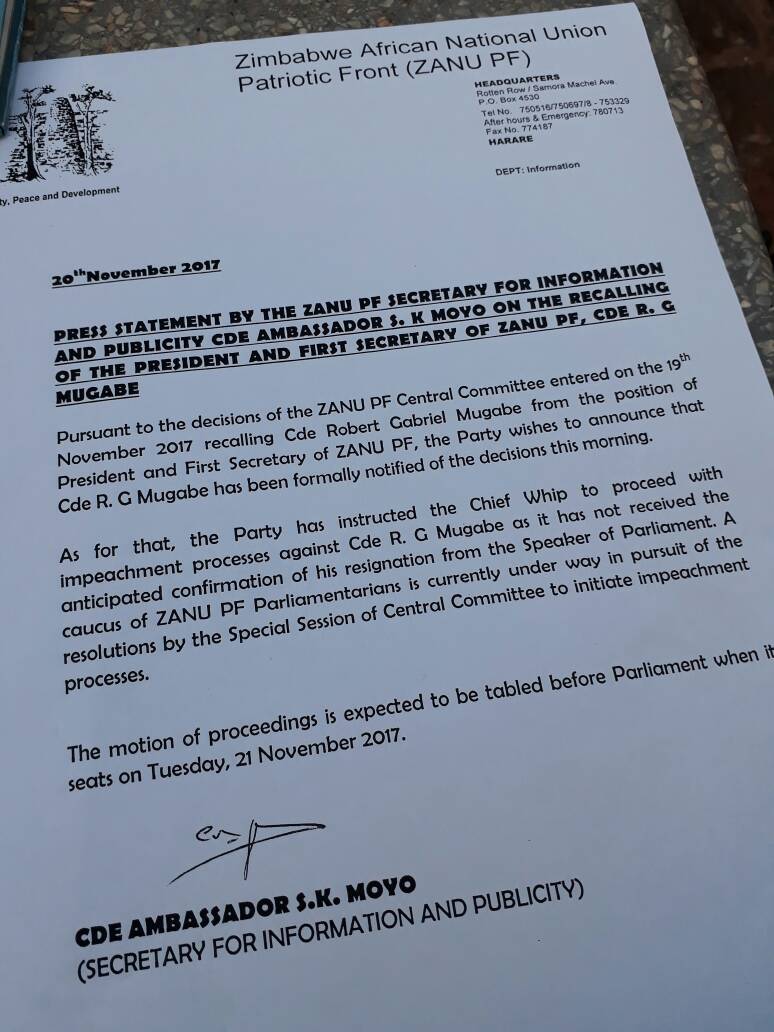