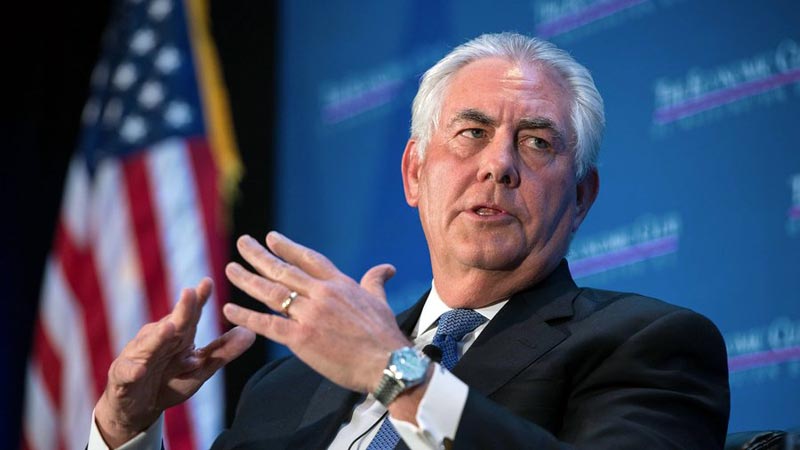 United States Secretary of State Rex Tillerson said that Zimbabwe has an opportunity to set itself on a new path and said that the US was concerned about the current political situation in the country.

I know all of us are following very closely the events in Zimbabwe and they are a concern to I know each of you. They are a concern to us as well, and we all should work together for a quick return to civilian rule in that country in accordance with their constitution. Zimbabwe has an opportunity to set itself on a new path – one that must include democratic elections and respect for human rights. Ultimately, the people of Zimbabwe must choose their government.

Tillerson was speaking at a ministerial meeting on trade, security, and governance in Africa in Washington DC. He urged delegates to discuss concrete ways that the US could help Zimbabwe through the transition.

One Comment on ““Zimbabwe has an opportunity to set itself on a new path”: US speaks on Zim current political situation”