Zanu-PF’s provinces are passing resolutions to have President Robert Mugabe recalled as the leader of the party. The also want alleged G40 Ministers Jonathan Moyo, Saviour Kasukuwere and Ignatius Chombo to be expelled from Zanu-PF and prosecuted. The provinces want Mugabe to be recalled from the party after he resisted leaving power, despite being reported to have agreed in principle to step down.

Here is the resolution from Zanu-PF’s Harare Province. 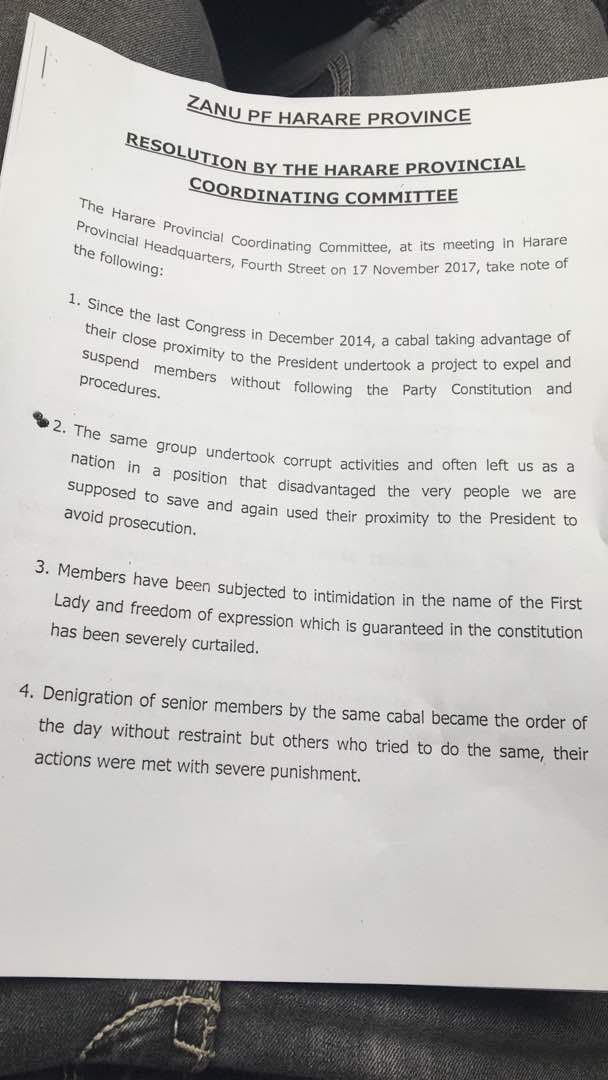 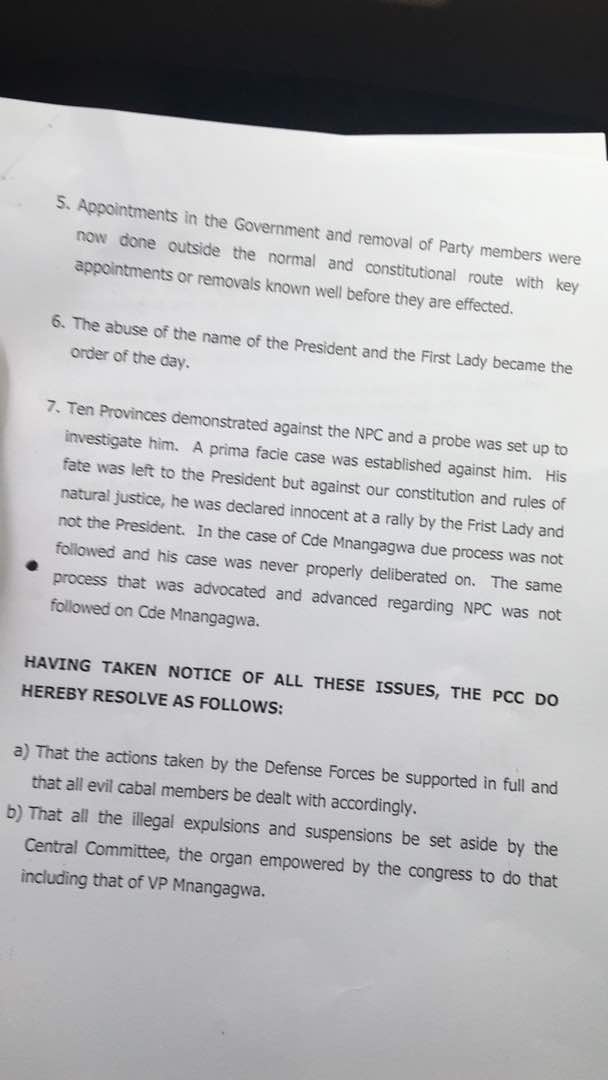 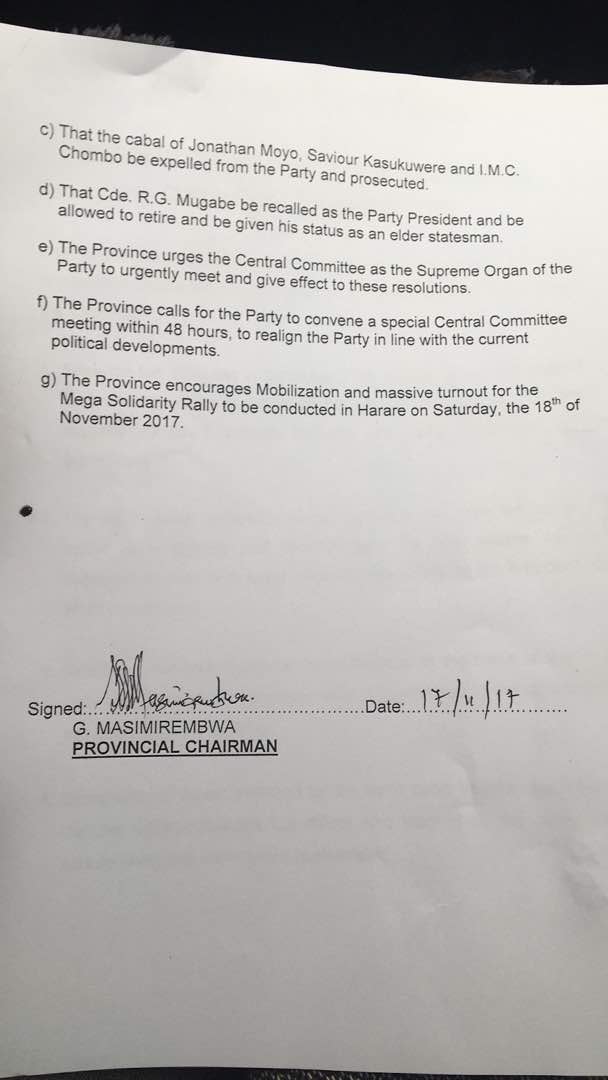 One Comment on “Zanu-PF Provinces Say Mugabe Should Be Recalled, G40 Ministers To Be Expelled and Prosecuted”