The government has renamed military camps (Cantonment Area) after some liberation war heroes with the promulgation of Statutory Instrument 139 of 2017. None of the camps has been renamed after President Robert Mugabe, however.

Some of camps which have been renamed include:

Here are the rest: 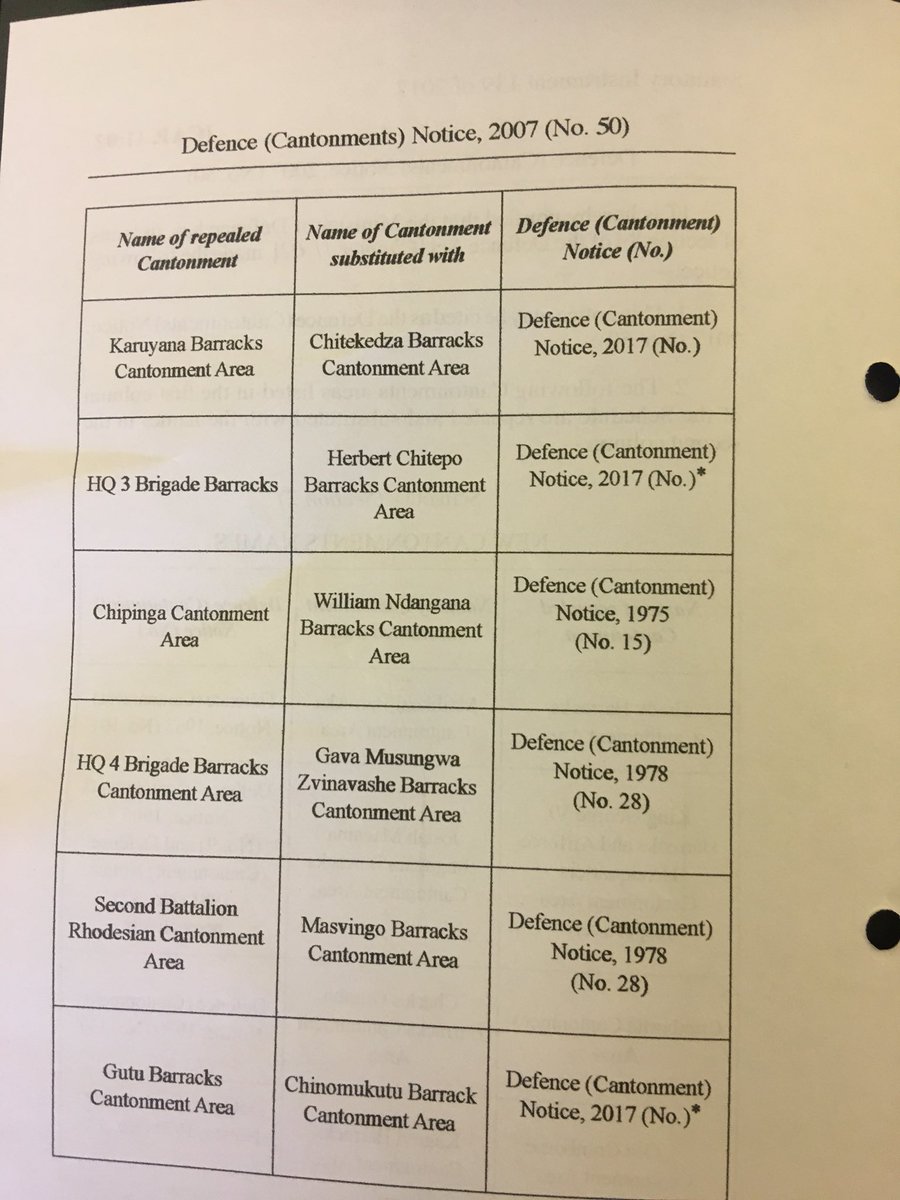