President Jacob Zuma, in his capacity as SADC chairperson, called an urgent meeting to discuss the unfolding political and security situation in Zimbabwe today in Gaborone, Botswana.

The meeting follows Zimbabwean Defence Forces intervention in Zimbabwe. The meeting was attended by ministers responsible for foreign or external affairs from the SADC Organ Troika member states, namely Angola, Tanzania and Zambia as well as SADC Council Chairperson Maite Nkoana-Mashabane, the South African Minister of International Relations and Cooperation. Below is the SADC press statement on the meeting:

2. SADC Organ Troika Plus reafirmed SADC’s commitment to African Union (AU) Constitutive Act and the SADCs Democratic Principles, as they relate to the unconstitutional removal of democratically elected Governments.

3. The objective of the meeting was to consider the unfolding situation in the Republic of Zimbabwe.

4. SADC Organ Troika noted with great concern the unfolding situation in the Republic of Zimbabwe

6. SADC Organ Troika called upon all stakeholders in Zimbabwe to settle the political challenges through peaceful means

Done at Gaborone, Republic of Botswana, 16th of November, 2017 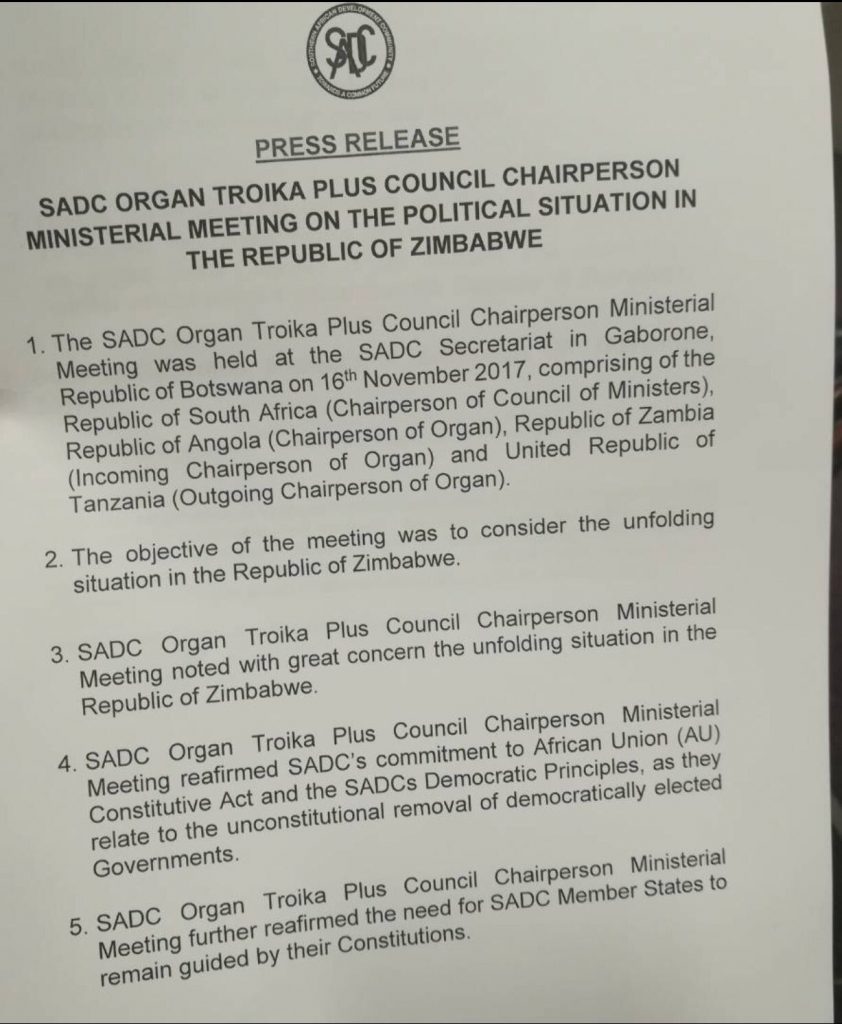 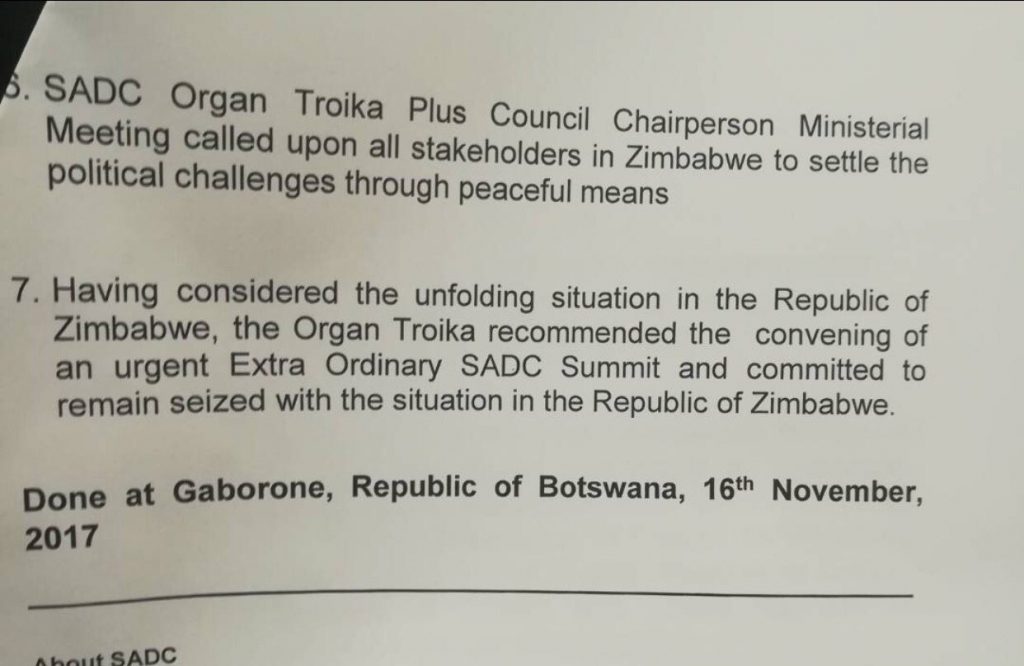