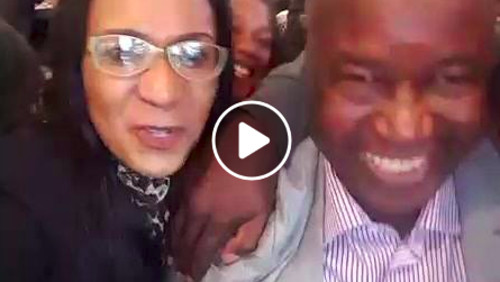 A video of Christopher Mutsvangwa and Monica Mutsvangwa celebrating a deal for Mugabe to resign has started circulating on social media. Pindula can confirm that it is indeed the Mutsvangwas in the video.

Christopher Mustvangwa who has for months openly voiced his support for Mnangagwa to succeed Mugabe, was himself dismissed from Zanu-PF in March 2016. Since then, Mutsvangwa has been very vocal about what he and his supporters refer to as the systematic purging of former liberation war fighters from Zanu-PF and government. He has also said that the presidency was captured by the first lady, Grace Mugabe.