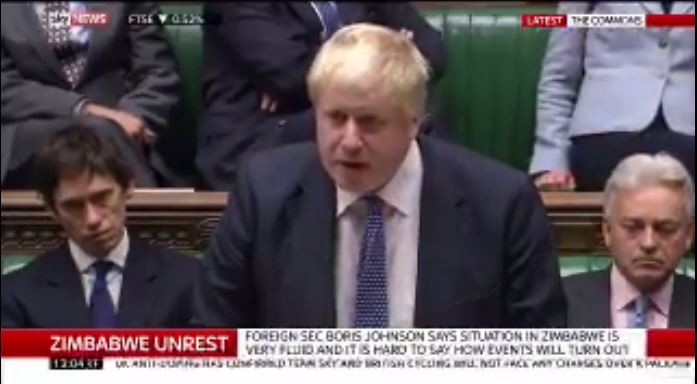 British Foreign Secretary Boris Johnson has said that Britain does not want to see another tyrant in power in Zimbabwe. This comes after the Zimbabwe Defence Forces (ZDF) intervened in politics and took power. ZDF Commander General Constantino Chiwenga had previously warned that the military would take over if the purging of liberation war hero icons in Zanu-PF did not stop.

Nobody wants simply to see the transition from one unelected tyrant to a next. Noone wants to see that. We want to see proper, free and fair elections

Boris added that Britain will never forget the strong ties that it once had with Zimbabwe.

“We will never forget the strong ties” between Britain and Zimbabwe – Foreign Secretary @BorisJohnson pic.twitter.com/E9JZdUnjaK