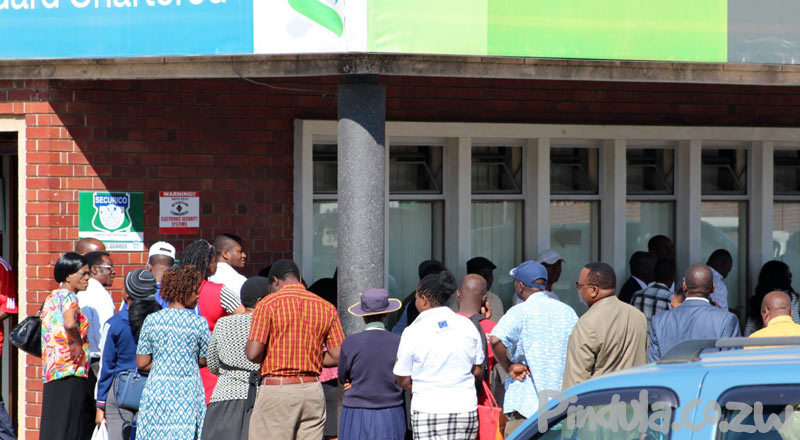 Former Minister of War Veterans, retired Colonel Tshinga Dube has slammed Zimbabweans for being too docile. Dube who lost his ministerial portfolio over allegations of being loyal to former Vice President Emmerson Mnangagwa said there was something wrong when people were willing to sleep in bank queues rather than doing something about it.

People who deposit their money in the bank and are unable to withdraw it are docile and mentally retarded.

Our situation is because of a failed economy, but nothing is being done, but the leadership is good at finding scapegoats.

Just go around the cities and towns and see how people stand in queues day in, day out and not getting their money.

They go home and do the same thing every day. And they don’t complain, is that normal?

One Comment on “Zimbabweans are docile and mentally retarded for not taking action says, former minister”