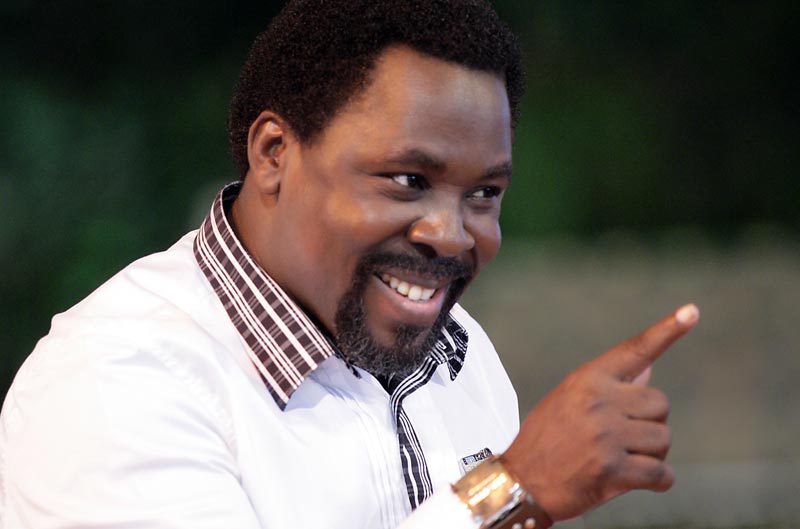 Nigerian cleric, Temitope Balogun Joshua popularly known as TB Joshua, in an address to his followers at his Scoan church last Sunday predicted turmoil and civil war in an unnamed Southern African country. He said God had shown him that there were plans in the unnamed country to either kidnap or kill the President, Deputy President or the First Lady of that country.

This has raised speculation that the Nigerian cleric was referring to Zimbabwe where people expect the military to intervene following the dismissal of Vice President Emmerson Mnangagwa from Government and Zanu-PF by President Robert Mugabe. Said TB Joshua:

2 comments on “Video: “President will be kidnapped or killed” says TB Joshua, raises speculation he is referring to Zimbabwe”