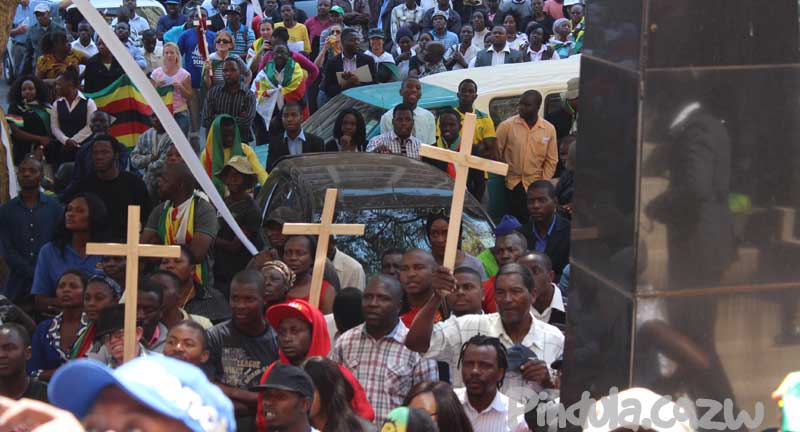 Harare – THE Zimbabwe Human Rights Association (ZimRights) is worried by the increasing signs of potential instability of a political nature in Zimbabwe.

This follows the intensification of power struggles in the State and the ruling party Zimbabwe African National Union Patriotic Front (Zanu-PF) leading to the sacking former Vice President Emmerson Mnangagwa from his government position on Monday, November 6, 2017, and from the ruling party on Wednesday, November 8.

Ever since there has been a trading of words of acrimony and threats from both sides.

In a statement attributed to him, the sacked Vice President reportedly said there “incessant threats to my personal life and family” which led him to skip the country into exile and declared that the country and ruling party were not the President and his wife’s “personal property…to do as you please”.

He added: “I stand prepared once again, to pay the ultimate price in defence of Zimbabwe.”

In response, the President addressing a meeting at his party’s headquarters on Wednesday, November 8 reportedly declared, “you should not try to say because the journey is long, then I will take a shortcut and arrive quickly. The road has lions. There are pitfalls. There is death, beware.”

The latest tiff follows months of verbal fights and accusations of attempted elimination of the Vice President through food poisoning.

On Wednesday, November 8 there were reports of scenes of violence between youths belonging to the different factions in the capital Harare.

ZimRights continues to alert the people of Zimbabwe and the international community of the potentially dire effects of the current political developments in the country.

ZimRights urges the international community, especially the Southern Africa Development Community (SADC), to make sure that Zimbabwe does not descend into deeper instability and chaos.

The whole scenario has the present danger and evident potential of marring the preparation for harmonised elections due in eight months in 2018.

We also reiterate our position that the lasting solution, as already seen in the past, to the repeatedly uncertain and volatile Zimbabwean question is for the region to assist the country to fully democratise.

We also urge the parties involved to reach an amicable resolution to their increasingly acrimonious fights.