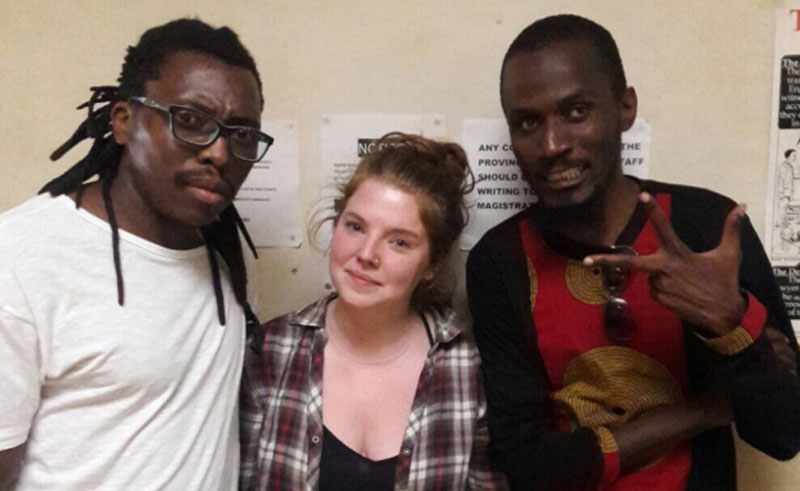 The bail conditions are:

Martha is being accused of plotting to topple President Mugabe’s government through tweeting. Her formal charges are:

She was granted bail by High Court judge Justice Clement Phiri today after he took over her bail application hearing from Justice Nyaradzo Munangati-Manongwa. The bail hearing had to be postponed to 14:30 hours so that Justice Phiri could hold several pretrial conferences.

On Wednesday, Justice Munangati-Manongwa granted the state’s application for postponement of the bail hearing. The state had argued that it was not ready to proceed despite the fact that O’Donovan was arrested on the 3rd of November. On Saturday 4 November, she appeared before Magistrate Nomsa Sabarauta who advised her to apply for bail at the High Court. O’Donovan is being represented by Zimbabwe Lawyers for Human Rights lawyer Obey Shava.

During the bail application hearing, Shava argued that the state’s submissions were weak. He highlighted that even though Martha is being accused of using the Twitter handle @Matigary, the handle had continued tweeting during the entire time that she was in custody and despite the fact that the police had confiscated Martha’s gadgets. He added that the State had not disputed that Martha was not @Matigary

Shava also argued that while the State was saying that if Martha was released on bail, she would join her co-accused to commit further crimes, the State had not disclosed the identities of the co-accused or their location.

Shava said that the affidavit used accused  Martha of contravening sections of the Electoral Act, yet the said offences were not on the charge sheet showing that the state’s case was weak.

Shava also challenged the fact that part of the State’s case depended on two affidavits which he said were contradicting each other.  He argued that there was insufficient evidence to justify denying her bail and suggested that the court could impose stringent conditions which include $1000 bail and reporting to the police twice a week.

The state countered by saying that the fact that @Matigary was still operational, only signified that Martha was part of a group that was operating the account.

Justice Phiri found the state wanting saying the submissions made by the state were weak. He found Martha a suitable bail candidate