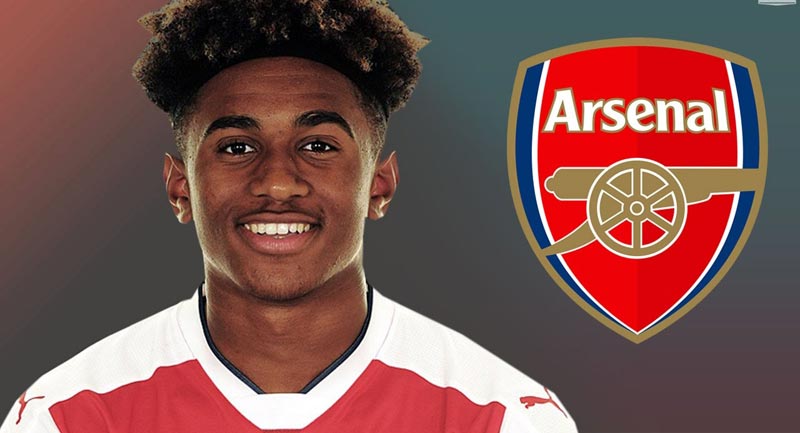 Zimbabwe will make a bid to convince talented Arsenal forward Reiss Nelson to feature for the Warriors.

Nelson was born in London to a Zimbabwean father and British mother. Zimbabwe team manager Wellington Mpandare confirmed to KweseESPN that they are approaching him. Nelson is an England youth international but is yet to feature for the senior team. Said Mpandare:

Yes, we are interested in Nelson but we are still trying to establish contact with him, so I can’t say much at the moment. We know that the player is highly rated in England and it will be difficult, but we will try our best.

Strikers Macauley Bonne (Leyton Orient) and Admiral Muskwe (Leicester City) and Nottingham Forest right-back Tendai Darikwa have arrived in the country ahead of Zimbabwe’s two friendly matches against Lesotho and Namibia over the forthcoming international break.