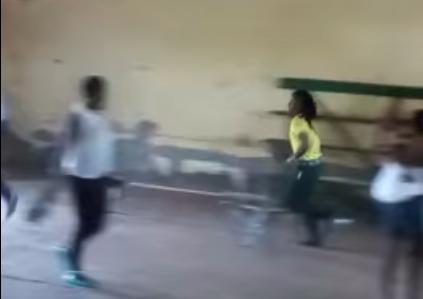 An amateur video circulating today shows local popular musician, Andy Muridzo, being chased by a crowd from a what looks like a school. It’s not clear yet why the crowd was chasing him.

Some members of the crowd, however, can be heard shouting “ngaarohwe” Shona for “He should be beaten!”

Narration by the person who took the amateur video, however, says that he was being chased for coming late to a show. Apparently, he made the crowd wait at primary school for a very long time.

Recently, another popular musician, Jah Prayzah, was also chased by a crowd that was beating him. In Jah Prayzah’s case though it was at a funeral and apparently the crowd was accusing him of owing the deceased band head of security 3 months of salary.