Former Vice President is set to launch her own coalition in which she has been nominated as the presidential candidate for the 2018 Elections. The new coalition is called the People’s Rainbow Coalition and will be launched later on today.   According to Mujuru, the People’s Rainbow Coalition comprises of Mujuru’s own National People’s Party, Tendai Biti’s People’s Democratic Party (PDP), and the Zimbabwe Union of Democrats (ZUNDE). This will be the third major opposition coalition after MDC Alliance and Coalition of Democrats (CODE).

Mujuru refused to join CODE after Dumiso Dabengwa and other senior leaders of CODE ignored her demands that she should be declared the  leader of the coalition.  She was reported to have wanted to lead the MDC Alliance as well.

Here is Mujuru’s Speech For the Event, 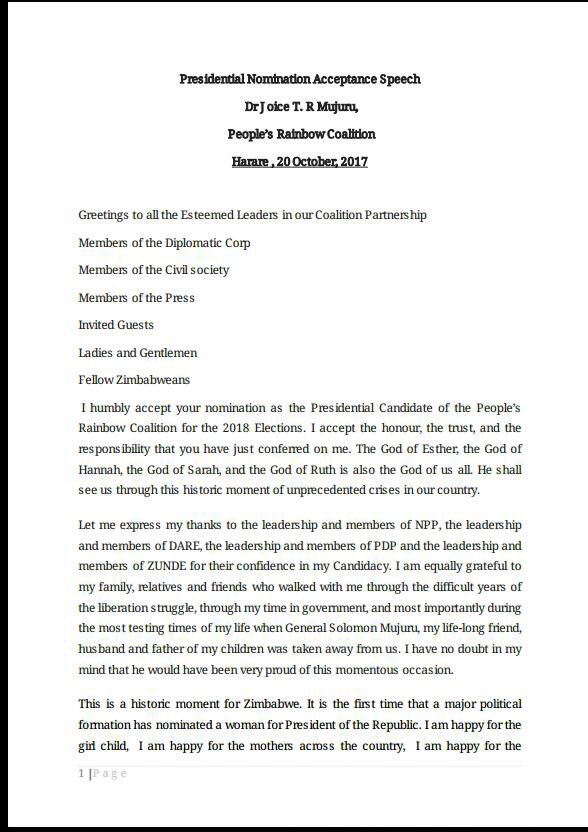 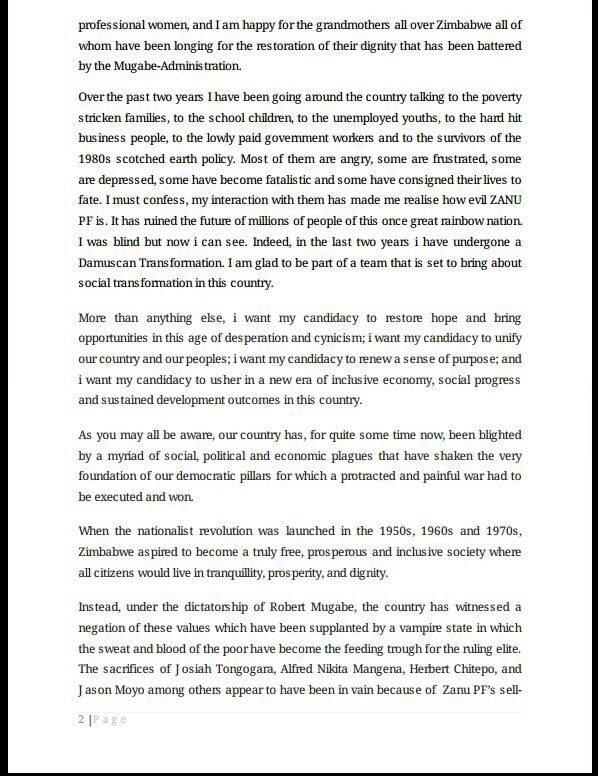 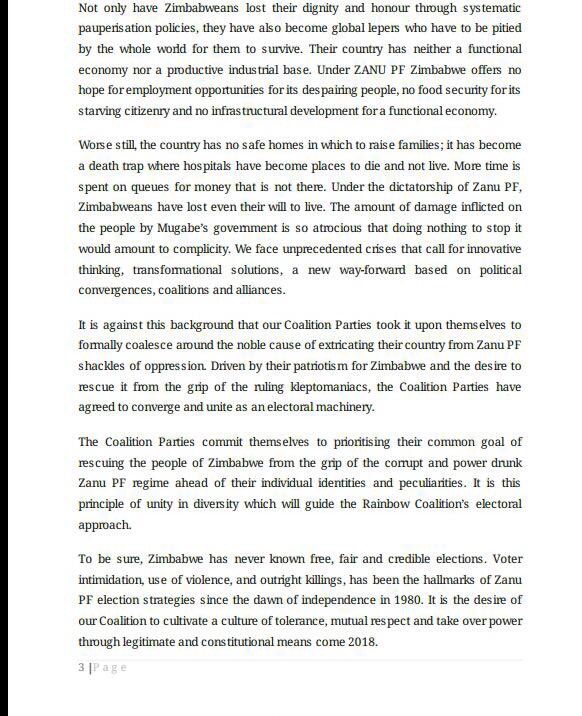 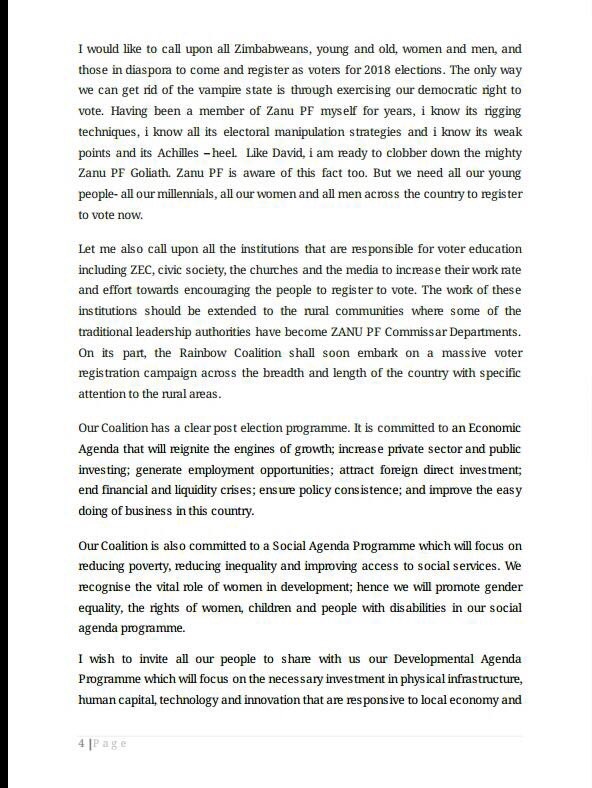 This is a developing story and will continue to be updated