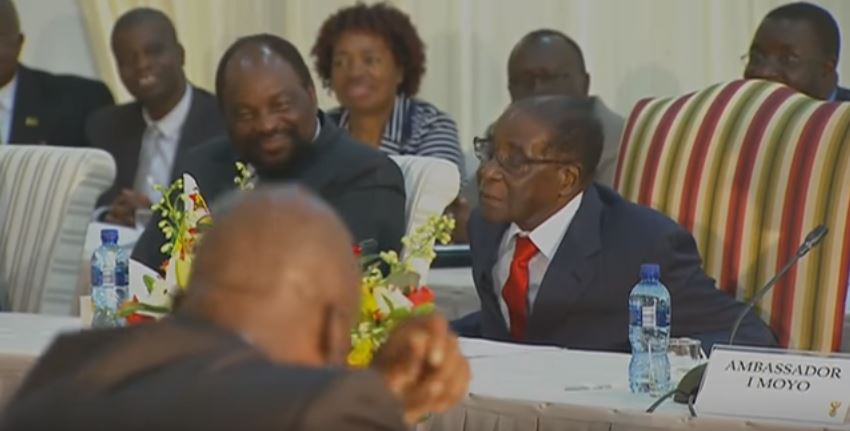 In a statement the Ministry of International Affairs and Cooperation states that Mugabe’s comments are inaccurate and unfortunate. The Ministry also says that it will not comment any further out of respect for Mugabe’s advanced age. Read the full statement below:

The Ministry of International Affairs and Cooperation wishes to respond to the recent media reports in which His Excellency, Mr. Robert G. Mugabe, President of the Republic of Zimbabwe blamed the loss of the candidature bid of Botswana’s Foreign Minister, Dr. Pelonomi Venson-Moitoi for the position of the Chairperson of the African Union Commission, on the lack of support by His Excellency, Lieutenant General Dr. Seretse Khama Ian Khama, President of the Republic of Botswana.

In this connection, the Government of Botswana has taken note of the comments and regrets these inaccurate and unfortunate remarks. However, the Ministry chooses not to comment any further out of respect for President Mugabe’s advanced age and as such, understands that allowances need to be made.