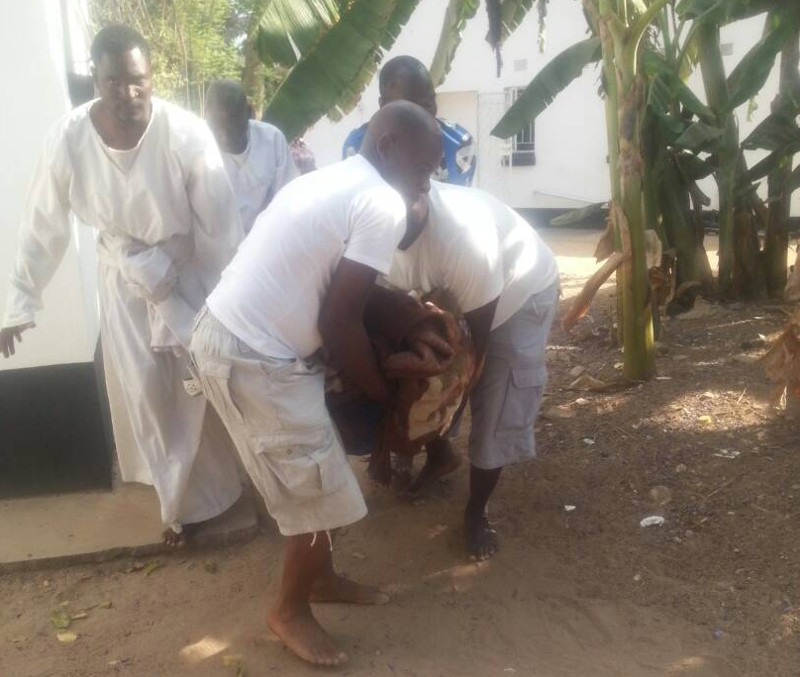 Waterfall based prophet Madzibaba Benji has been accused of faking a miracle in order to attract more people to his shrine. This comes after the wide circulation of pictures of a man and a woman who supposedly got stuck together while they were cheating. However, according to residents of the area, this was staged in order to boost attendance at Madzibaba Benji’s shrine.

A message which has been circulating on Whatsapp and Facebook reads:

It is a true story, a Waterfalls woman consulted me over her husband and I proved to her by sending my elders to a lodge where her husband was having sex near Park Town.

We tried in vain to reach any media house when it happened and I do not know where they stay or their contact numbers.

One of the residents who spoke to tabloid, H-Metro, said

Our fears are that the people being paid to fake such shameful miracles will end up with hardened hearts and deny that God exists. Members of the public must be careful with such false prophets who are after fame luring them to their shrines for either money or sex.