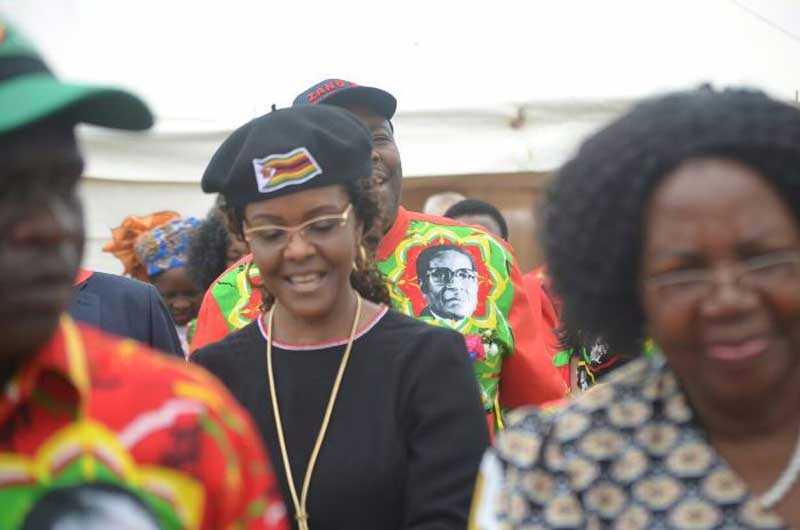 The Zimbabwe Lawyers for Human Rights (ZLHR) has reported that the NewsDay journalist who wrote an article that First Lady Grace Mugabe donated used underwear and nightdresses was arrested. ZLHR also announced that their network of lawyers assisted them to deploy lawyers to offer legal assistance to the journalist who was arrested for writing the story.

Because ZLHR runs an efficient 24 hour rapid reaction system, we have managed to deploy our lawyer Pass more Nyakureba to offer emergency legal services to NewsDay journalist Kenneth Nyangani, who has been arrested and detained for allegedly writing a story published in Monday’s edition of NewsDay claiming that First Lady Grace Mugabe donated some used undergarments to some ZANU PF supporters in Manicaland province.

The report stated that Grace donated the used underwear and night dresses at a Zanu-PF meeting in Mutare on Sunday. Zanu-PF legislator for Dangamvura Esau Mupfumi made the donation on behalf of the first lady and told members:

Recently, I visited the State House and I met the First Lady Grace Mugabe and I was given these clothes so that I can give you.

I have briefs for you and I am told that most of your briefs are not in good shape, please come and collect your allocations today. We havenight dresses, sandals and clothes, come and take, this is from your First Lady Grace Mugabe.

However, some people did not appreciate this gesture of apparent generosity saying they would rather be empowered to fend for themselves than to become charity cases. A man who spoke to Newsday said:

There are issues which need to be addressed rather than giving us briefs, we do not have jobs and why is she doing this.