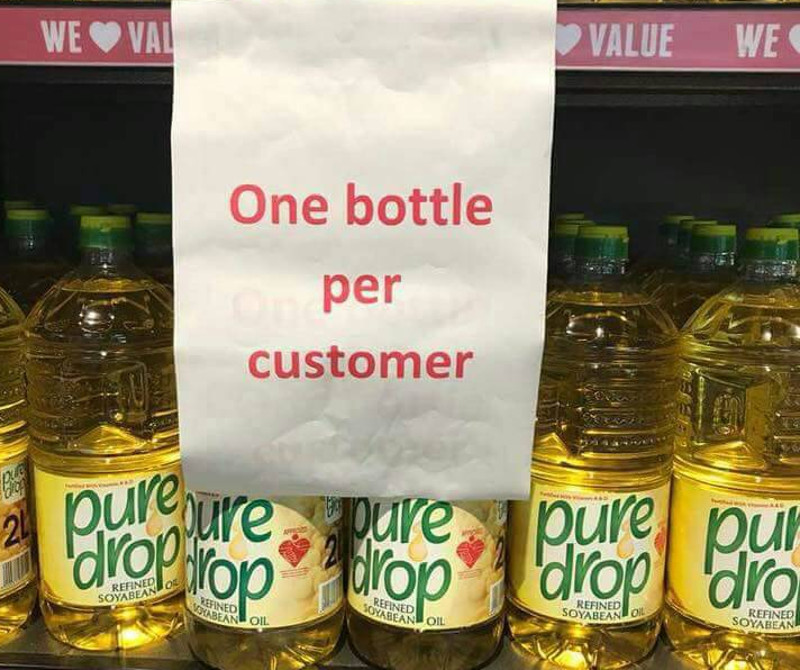 1.The 0il Expressers Association of Zimbabwe (OEAZ) is made up of seven members that supply at least 95% of the edible oils consumed in Zimbabwe,

2. The sector employs over 1, 300 people, directly and the factories of its members are located in various parts of the country.

7. The above foreign currency allocation levels mean that OEAZ members’ credit lines for raw materials have now reached maximum levels and members can no longer access raw materials on credit. from their foreign suppliers as they normally do.

8. Reserve Bank of Zimbabwe (RBZ) has advised the OEAZ that foreign currency is in start supply but has assured the association of its commitment to support the sector based on available foreign currency resources.

9. It should be curled that the shortages in certain outlets in urban centres can be averted by immediately the extending of RB supported letters of credit to  OEAZ to allow for the importation of adequate raw materials and other inputs. This is being worked on.

10 The 0EAZ also wishes to advise that input and raw material costs have escalated dramatically in the last few months leading to price changes as local suppliers and service providers, in particular, have adjusted their costs upwards in light of the prevailing economic. environment 11. line giiirlionctugdassZibli:o(

11. The poor liquidity and scarcity of foreign currency has meant that fast-moving consumer goods such as edible oils have become a substitute for cash as a store of value to the informal trade and fuelling higher demand and price inflation.

12. The OEAZ is committed to ensuring that the Zimbabwean public has adequate oil supplies and related products for its dietary requirements at all times.

13 The OEAZ acknowledges that the long-term solution is to increase soya bean production from the current 30,000 metric tonnes for the 2016/17 season to at least 150,000 metric tonnes per annum in the next 3-5 years and value chain reconstruction measures to achieve this through  Government Initiatives (e.g. Command  Soya and the Presidential Input Scheme), Development Partner & IFI Programmes, as well as members embarking on contract and direct farming initiatives supported by various financial institutions and agricultural organisations (i.e multipronged solutions), are underway.

14. In spite of the constrained availability of foreign currency, we have not had any notable shortage of edible oils for normal consumption in the last few years and the public is therefore advised not to engage in panic buying, hoarding and speculative purchases which create the impression of acute shortages and the risk of holding a perishable commodity such  as edible oil as a store of value.