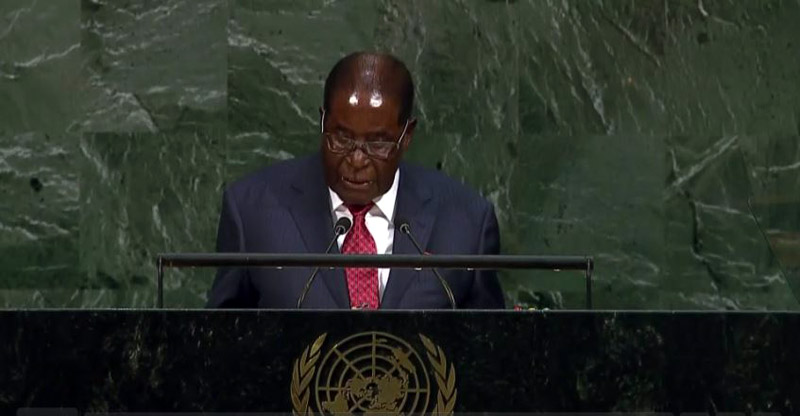 Mnangagwa was speaking at the Harare International Airport where Zanu-PF supporters had gathered to welcome Mugabe from the United States. Said Mnangagwa:

President is a man among man, who managed to silence Goliath (Trump). Our David (President Mugabe) stoop up for Goliath (Donald Trump).

In his address, Mugabe described Trump as a “Giant Gold Goliath.” Said Mugabe:

Some of us were, embarrassed, if not frightened, by what appeared to be the return of the biblical Giant Gold Goliath. Are we having a return of Goliath to our midst, who threatens the extinction of other countries? And may I say to the United States president, Mr. Trump, please blow your trumpet — blow your trumpet in a musical way towards the values of unity, peace, cooperation, togetherness, dialogue, which we have always stood for and which are well-writ in our very sacred document, the Charter of the United Nations.