South African civil rights watchdog AfriForum has filed a court application against the South African government, represented by the Minister of International Relations and Cooperation and First Lady Grace Mugabe. Gabriella Engels is the first applicant and AfriForum is the second applicant. The applicants are challenging the decision to grant Grace Mugabe diplomatic immunity for her alleged assault of Engels at a Sandton Hotel.

South Africa’s Minister of International Relations and Cooperation, Maite Nkoana-Mashabane, granted the immunity in a notice published on Sunday that recognised “the immunities and privileges of the first lady of the Republic of Zimbabwe, Dr Grace Mugabe” 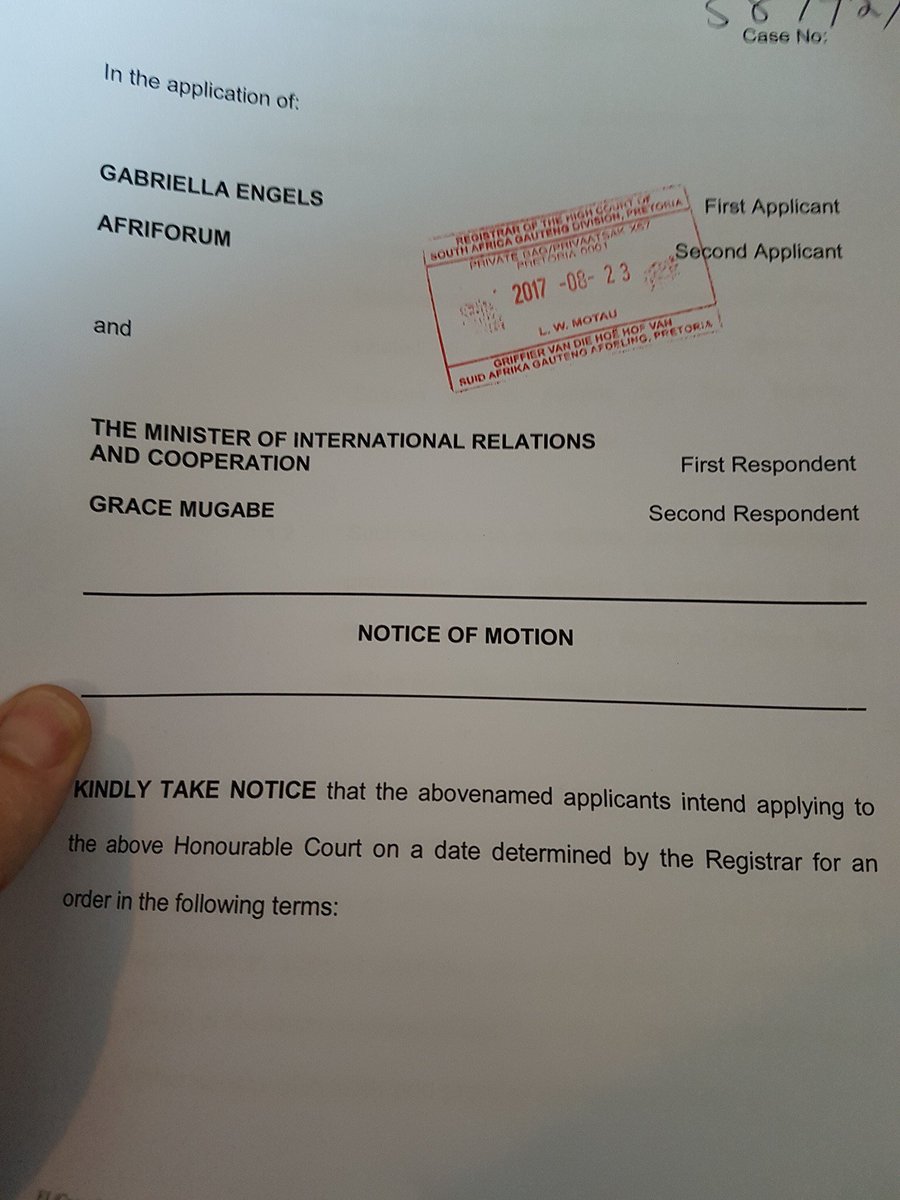 Mrs Mugabe’s departure to Zimbabwe and the granting of diplomatic immunity by the South African government to her is however not the end of the matter.

If the review application is successful (and there are very good grounds to believe that such an application will indeed be successful) the doors will be open for the National Prosecuting Authority (NPA) to prosecute Mrs Mugabe.

If the NPA refuses to prosecute‚ AfriForum’s private prosecuting unit‚ under the leadership of Adv. Gerrie Nel‚ is ready to go ahead with private prosecution on behalf of Miss Engels. Whether Mrs Mugabe is in South Africa or not and although diplomatic immunity has been granted to her‚ the last word has not been spoken regarding this matter.