However, goalkeeper Edmore Sibanda limped off early into the second half and CAPS United assistant coach Fungai Tostao Kwashi said the medical team will assess him to determine the extend of his injury. Meanwhile, Winston Mhango scored from the penalty spot to give FC Platinum a 1-0 win over Triangle in a match played at Gibbo on Sunday. 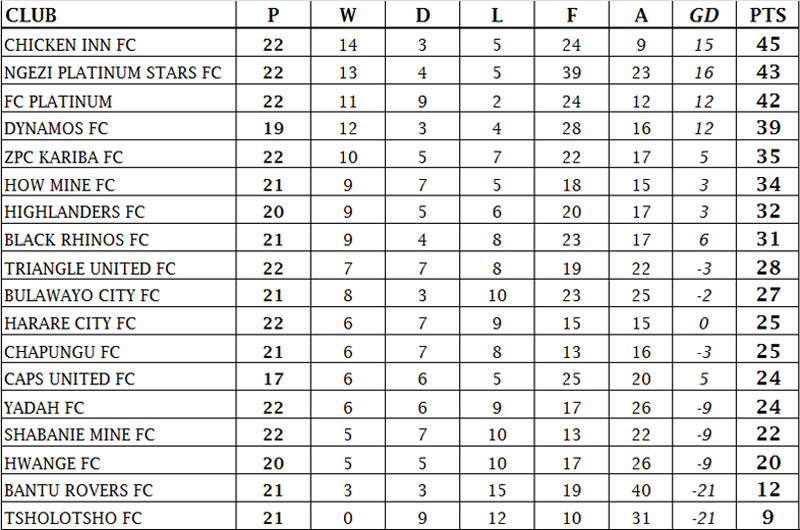